A snake with a skin like a rhinoceros was discovered 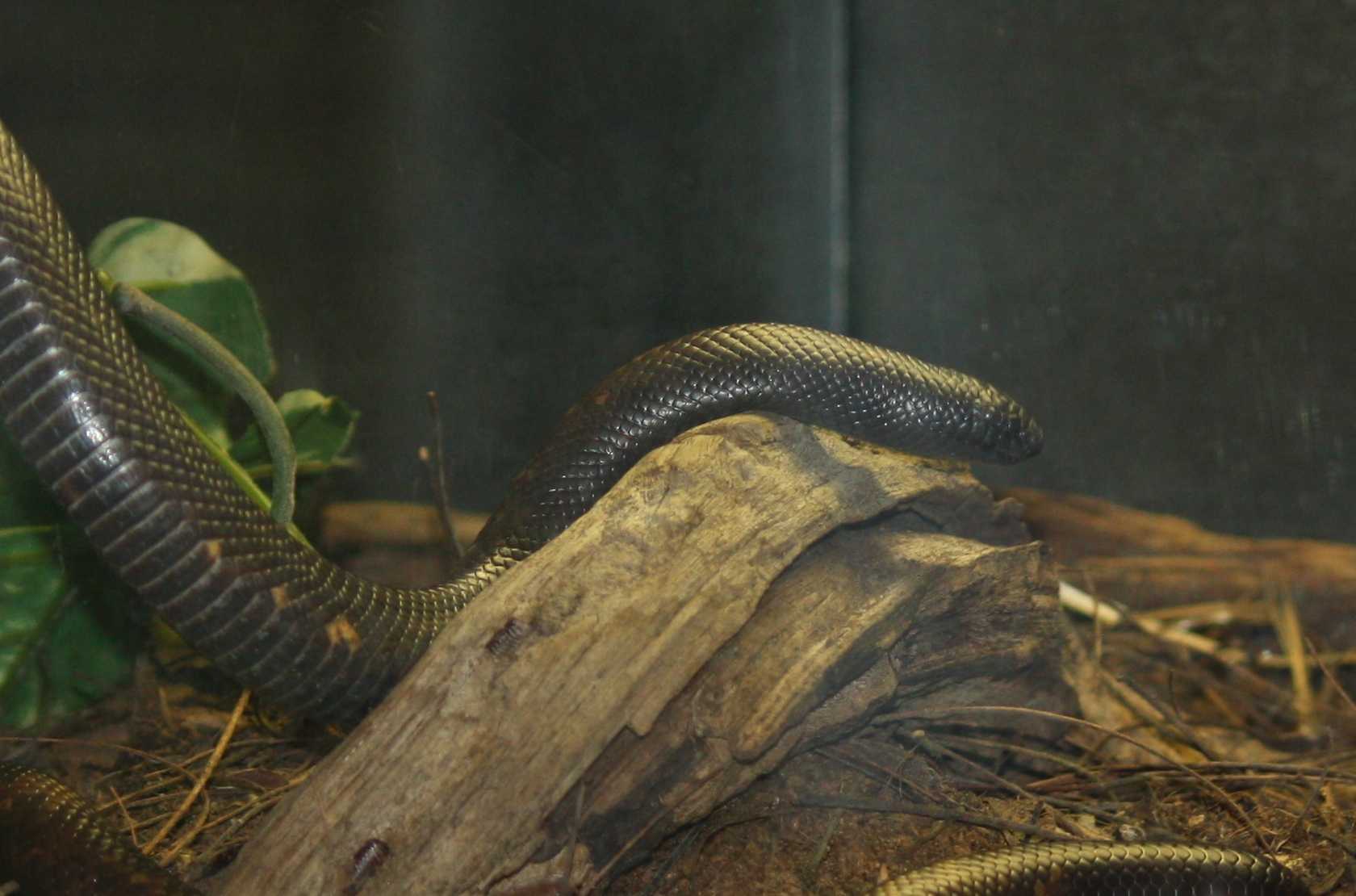 African calabaris were the thickest skinned snakes in the world: their skin is 15 times thicker than that of other snakes, and the structure of the collagen layer under the scales is reminiscent of the rhinosis of the rhinoceros.

Calabaria (Calabaria reinhardtii) snakes living in Africa turned out to be the most thick-skinned snakes known to science. Their body, sometimes reaching a meter length, is covered with short scales and skin; Together these covers are 15 times thicker than those of other snakes, and are stronger by several orders of magnitude. The researchers established this by piercing calabarium skin and 13 other kinds of needles connected to dynamometric sensors. The results of the measurements are published in the Journal of Morphology.

Under the microscope, the calabarium skin looks different than the skin of other snakes: its scales are shorter. Below them is a layer of ordered collagen filaments. The protein strands of each underlying layer are perpendicular to the proper fibrils; the authors of the work note that collagen is also organized in the skin of rhinoceroses. Despite the thickness of the collagen, calabarium skin remains flexible and allows snakes to wriggle no worse than relatives with less dense covers. This feature has already attracted the attention of the pharmaceutical company, whose specialists hope to repeat the structure of the skin of the snake and to make durable surgical gloves that do not constrain movements. 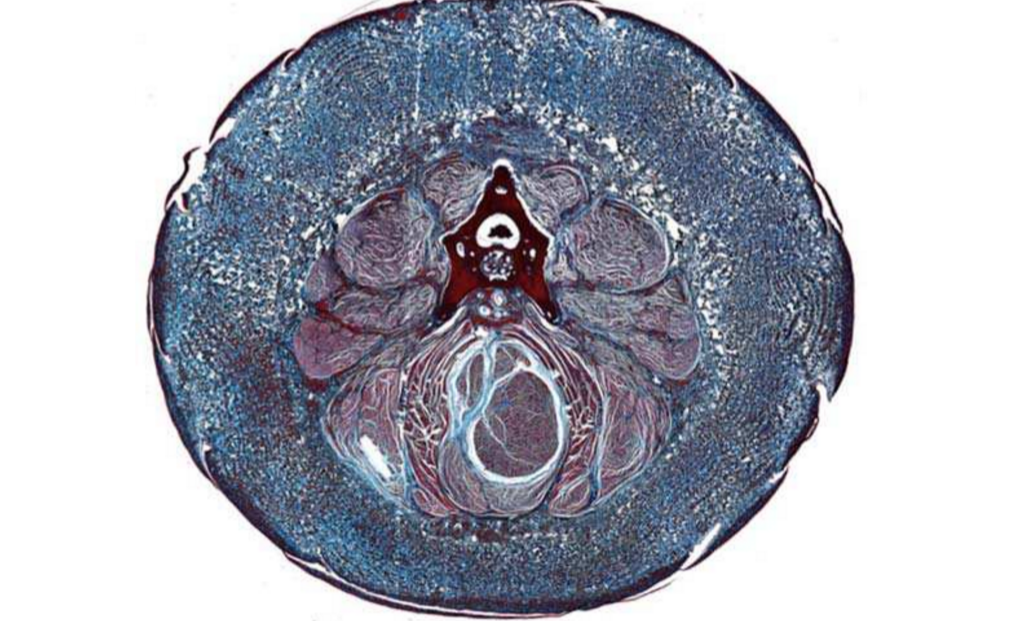 Transverse section of the tail of the calaboarias. Credit: Dawei Han, Bruce A. Young.

Such a thick and durable skin calabarias have acquired for the hunting of mice. These snakes eat only young mice, which are attacked in the presence of their parents; The skin of the snake must withstand the bites of sharp incisors of adult rodents. For the same reason, the head of the calabaria forms slightly different from the tail; hunting the cubs, the snake deceives their parents, substituting the tail for a more vulnerable head.