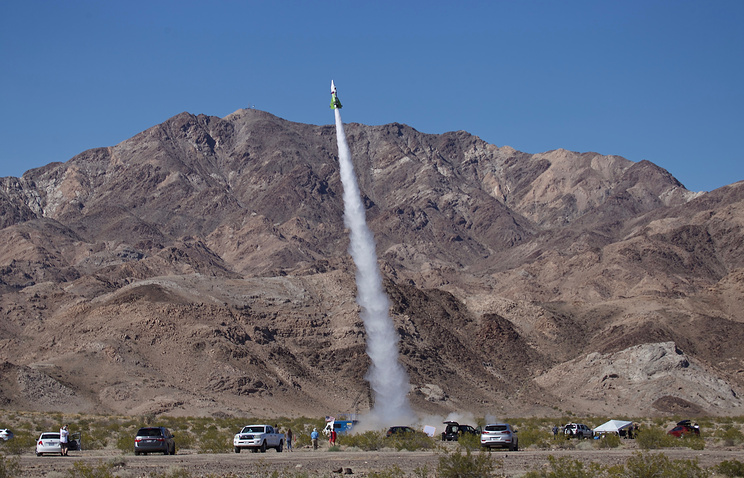 California resident Mike Hughes, who believes that the Earth has a flat shape, on Saturday flew on a missile he had made.

Hughes, with the help of an apparatus assembled by him in his own garage, which he calls a “rocket with steam traction,” climbed to a height of more than 570 meters in the region of the almost abandoned city of Emba in southern California, 320 km east of Los Angeles. He landed on a parachute in the Mojave Desert, about 450 meters from the launch site.

The nose of the rocket, as planned, fell apart into two parts when it fell. The inventor said that he feels well and complains only of pain in his back.

Initially, Hughes planned to fly in November 2017, but the launch was repeatedly postponed because of technical problems, as well as protests from local authorities. After a successful launch, Hughes admitted to journalists that he was now relieved. “I was tired of talking about the fact that I was scared and did not pick up any rockets, I was tired of all that.” I took myself in hand and did it, “he stated.

Hughes, as he has repeatedly stated in video interviews posted on the portal Youtube, believes that the Earth has a flat form. In the future, he expects to create a rocket that will help him reach the cosmos. The 61-year-old inventor, who works as a limousine driver, believes that while he will be able to get some confirmation that the Earth is flat. To scientific data on the real shape of the planet, he is skeptical.

According to AP, in 2014, Hughes had already built a rocket and launched it in Arizona. He flew with her help about 400 meters. To recover from this, it took him then three days.