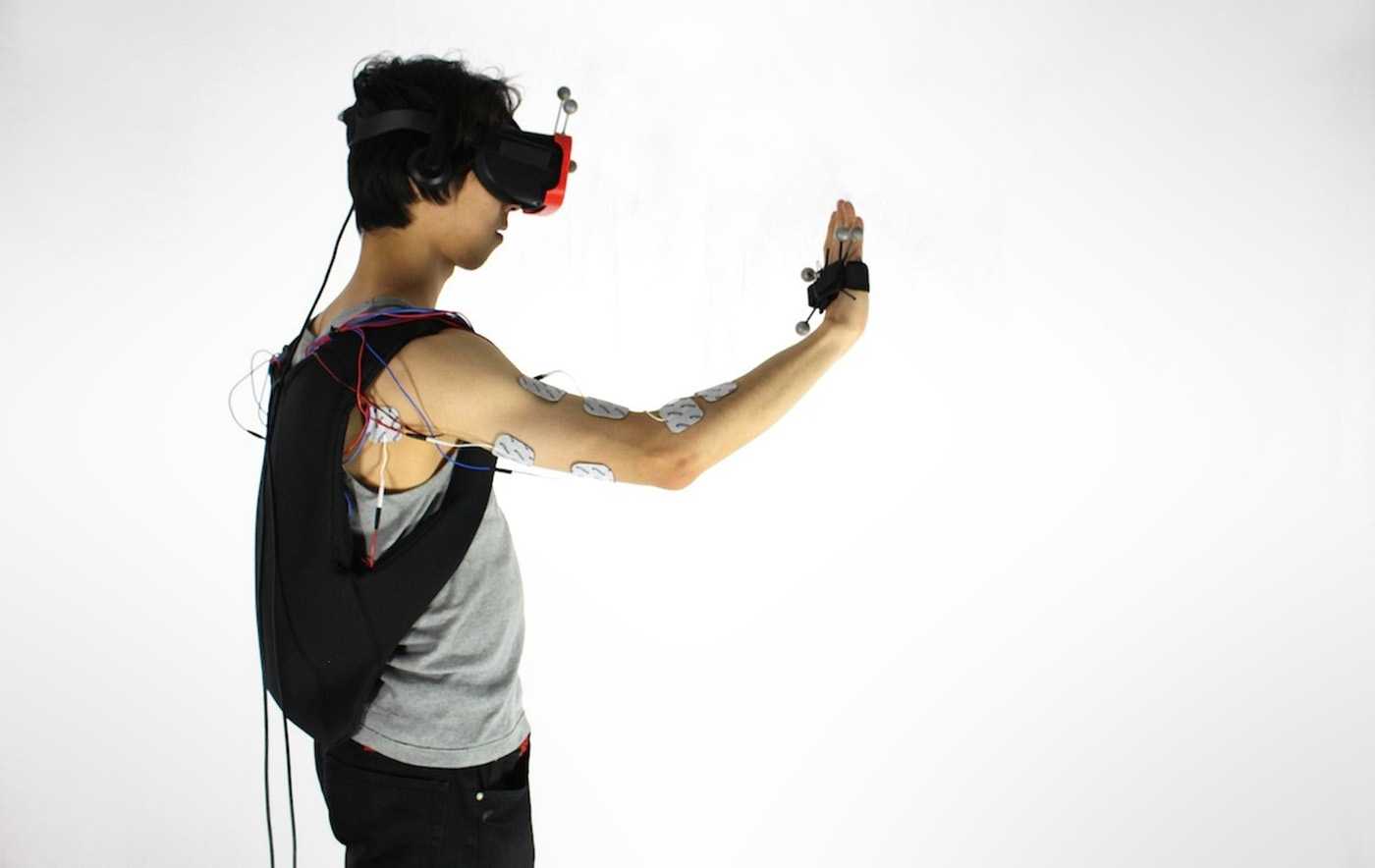 One of the key problems of virtual reality is still the lack of feedback between the user and the objects of the virtual world. Developers of IT companies and scientists are trying to solve this problem.

At the CHI’17 conference, a team of researchers from the German Institute Hasso Plattner demonstrated a tactile system for virtual reality that simulates touching virtual walls and heavy objects by stimulating the muscles with electric current.

Scientists have developed a prototype installation, consisting of a virtual reality system Samsung / Oculus GearVR and a medical 8-channel muscle stimulator. The stimulant itself was placed in a backpack, and its electrodes attached to the muscles of the forearms and shoulders of users. When touching objects of the virtual world, the electrodes acted on the hands with a weak electric discharge. This strained the muscles, slightly pushing away the user’s hands.

The team of researchers took a long time to make the effect realistic. As a result, the new system turned out to be customizable, which allowed to simulate touches not only to hard and heavy objects, but also to soft ones.

Technology can hardly be called new, as it has been used for a long time in physiotherapy. However, in the sphere of virtual reality, it was successfully used for the first time. Researchers believe that in the future, the system will become integrated even in ordinary textiles.