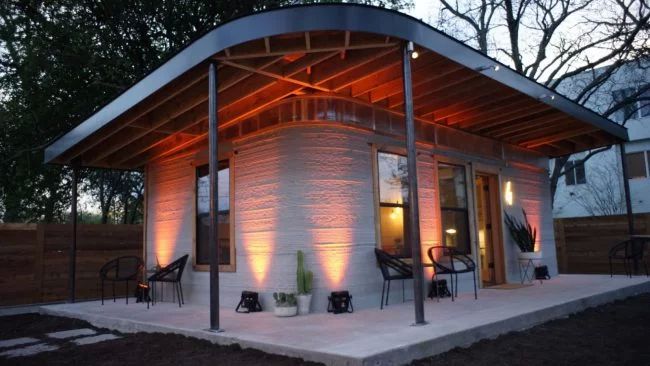 Is it possible to build a house with a full living room, kitchen and hallway in less than 1 day? At first glance, the task is impracticable, but modern technologies do not stand still and from the garages and laboratories of enthusiasts penetrate into real life, improving it. It would seem, more recently, 3D printers have printed small details for several hours. And today their large industrial counterparts can already quite print you the whole house in less than 24 hours.

For an ultra-fast “printing houses” took an American startup ICON in conjunction with the charitable organization New Story. According to the developers, in order to print a simple one-story house with an area of ​​60 square meters, their construction printer is required from 12 to 24 hours. In addition, representatives of ICON say that their homes are the first 3D-printed houses, whose facade is fully printed using software code and is allowed for people to live. In addition, such houses (the maximum area of ​​which does not exceed 80 square meters) is quite cheap: the cost of a single building does not exceed 10,000 US dollars, but experts do not exclude that in the future the price may fall by 2 times.
“After the walls are printed, windows, a roof, plumbing and electrical wiring are installed. The entire period of work, including the decoration of premises, takes less than one day. In the future, we want to create robots that will install windows and roof after printing, as well as drones that would be responsible for painting the house. ” 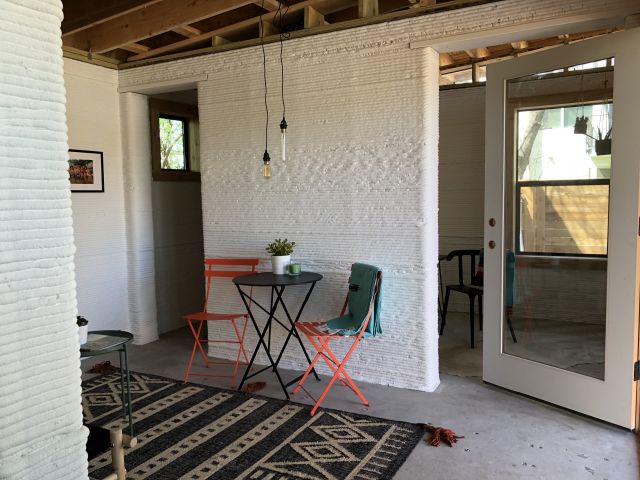 The seal itself now produces a 3D construction printer Vulcan. Despite the cumbersome design, it is fairly easy to dismantle and move from place to place. Vulcan prints completely ordinary concrete, which fits in 100 layers and retains its shape as it solidifies. The walls remain pliable for another 2-3 days after the end of printing, but you can start living in the house right after the end of production. 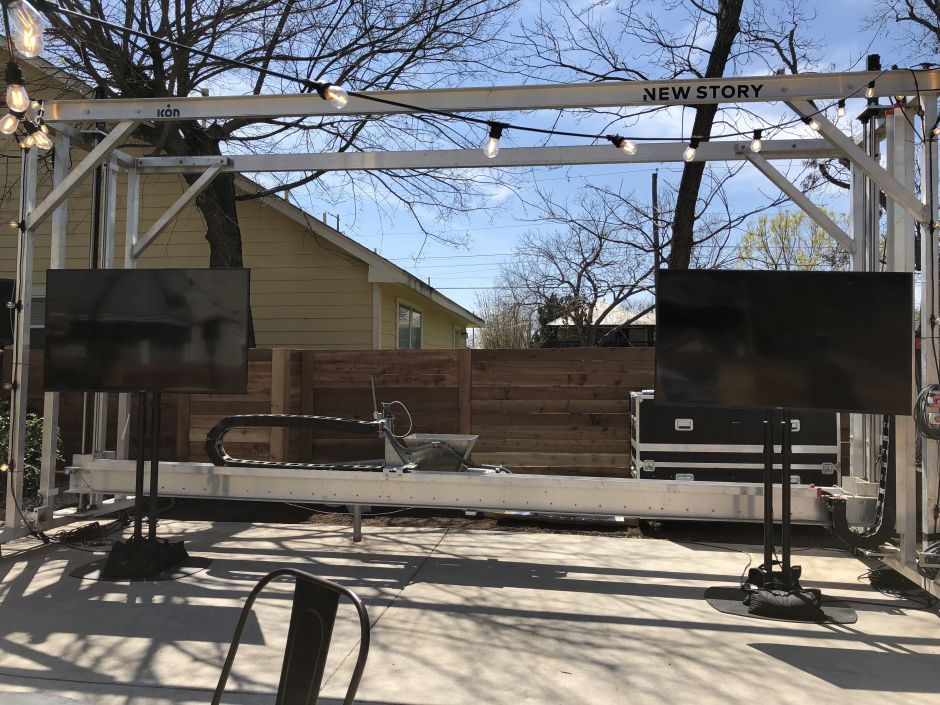 The first house is printed in Austin – this is where the headquarters of the company is located. The next stage is the production of houses in El Salvador, in the US and in several developing countries.