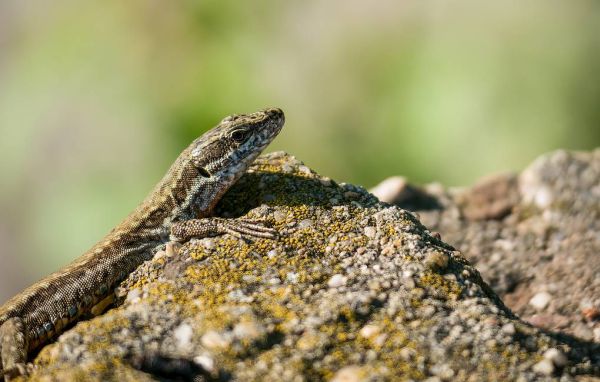 Environmentalists have found that about a third of all known species of reptiles are sold on the Internet and are hunted by poachers. The results of their research were published in the scientific journal Nature Communications.

“We analyzed two large international trade databases, as well as information published in five languages ​​on 24 thousand different web pages. As a result, it turned out that more than 4 thousand species of reptiles, 36% of the total, are sold online. markets and auctions, “said Alicia Hughes, an ecologist at the Xishuangbanna Tropical Botanical Garden (China) and one of the authors of the work.

In the past four decades, environmentalists, biologists, diplomats and environmental departments around the world have begun to actively study the damage to nature caused by illegal trade in animals, and to develop measures against poachers. In particular, in 1975, the Convention on International Trade in Endangered Species of Wild Fauna and Flora (CITES) came into force.

For example, in 2016, the countries that signed CITES introduced a ban on the trade of wild gray parrots, whose populations in many countries of tropical and equatorial Africa were practically destroyed by poachers due to the fashion for smart talking birds. Two years ago, diplomats agreed to restrict the trade in giraffes, as well as a variety of endangered shark and ray species, as well as banned the trade in body parts of big cats and many species of lizards and turtles.

The hidden scope of the threat

Hughes and her colleagues became interested in how poaching and the animal trade in general affects marine and land reptiles. To do this, scientists have collected and analyzed data from the largest trading platforms on the Internet, as well as studied supply and demand on less significant and more specialized sites that sell animals both legally and illegally.

Analysis of these data showed that CITES experts and ecologists from most countries of the world grossly underestimated the scale of online trade in rare and common lizards, turtles, crocodiles and other reptiles. In particular, scientists found that last year alone, more than 2.6 thousand species of reptiles were sold on the 150 most popular trading floors in the world, including rare and endangered species, the trade of which is prohibited under the convention.

More than 90% of the species of these reptiles and about half of the individual individuals came from the wild, especially lizards and snakes. Their main source is the ecosystems of North Vietnam and the Malay Peninsula, as well as equatorial Africa and northern regions of South America.

Hughes and her colleagues note that trade in almost all of these reptile species, with the exception of the fauna of Madagascar and New Zealand, is not accounted for or tracked by CITES and is not regulated by international law.

Therefore, scientists are urging diplomats to pay attention to this problem and introduce measures that would prevent the extinction of many species of reptiles that are actively sold on the Internet. In particular, Hughes and her colleagues propose to completely ban the sale of reptiles as pets and to develop a “white list”, in order to get into which traders will have to prove that their actions will not lead to a deterioration in the population of the sold animals.