A three-dimensional thermal map of an erupting volcano is created 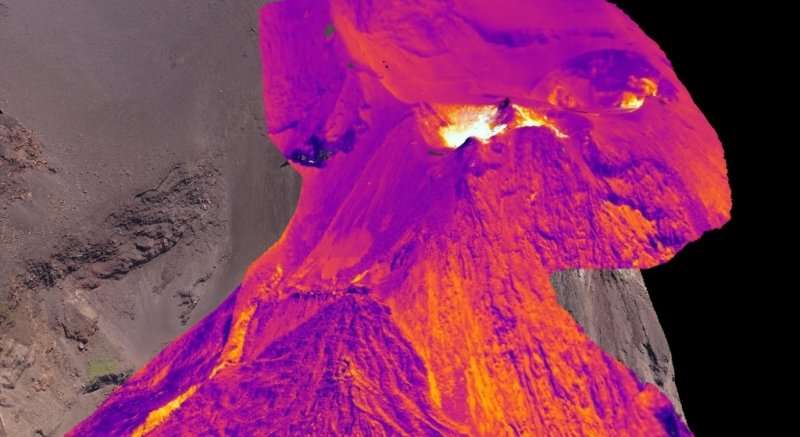 Volcanologists for the first time built a three-dimensional thermal map of the volcanic eruption Stromboli in Italy. This is reported on the website of the University of Aberdeen (United Kingdom).

Scientists managed to make measurements during the eruption of the Italian volcano Stromboli, located in the Tyrrhenian Sea near Sicily, with the help of drones equipped with sensitive sensors and moving over the volcano along a predetermined route. Volcanologists from Great Britain and Norway, led by John Howell of the University of Aberdeen, used a specially developed technique for analyzing aerial photographs and thermal maps.

According to the researchers, the main task was to correctly direct the drone along the route, avoiding contact with ash and gas streams of high temperature. Volcanologists say that this method is more effective and less expensive than other methods. So, they were able to detect thermal changes that are not noticeable with external observation.

It is reported that such monitoring will help to more accurately predict volcanic eruptions, especially in developing countries, where more expensive methods are not available.