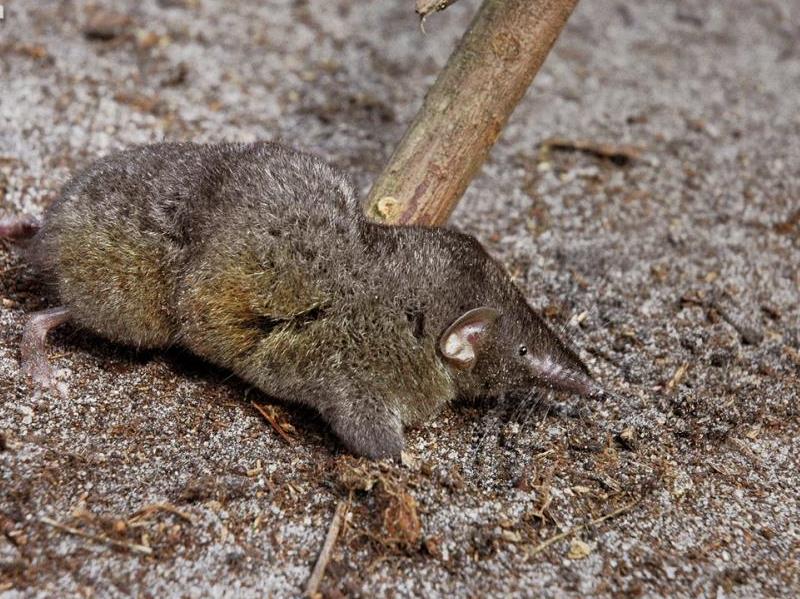 On our planet there lives a unique tiny creature: having a body length of 13-15 cm and weight of up to 110 g, it is able to withstand a load exceeding its mass by 1000 times! That is, if a grown-up man of average fatness gets on the back of this crumb, then it will remain alive. We are talking about the Ugandan white-toothed armadillo, a small animal from the family of earthmovers, living in the marshy forests of equatorial Africa. Inhabitants of the Congo Valley, the shrews are credited with magical power because of their ability to withstand giant loads. According to superstition, to become invulnerable, it is enough to have a skin or any part of the animal’s body.

The reason for the unprecedented power of a tiny strong man lies in the structure of the skeleton – no such fine vertebral mammal has such a complex anatomy. The spine of the belozubki-bronenoski is 4% of the total body weight of the animal, while in others it does not exceed 0.5-1.6%. In addition, all the vertebrae of the strong crust consist not only of the lateral processes, but also of the lower (ventral) and upper (dorsal) processes. The lumbar division is also different – it has 11 vertebrae, not 5, as in most vertebrates. This structure gives the back the greatest degree of mobility, which, in turn, gives an advantage in the translational motion. It is an anatomical feature that allows the white tooth to withstand a huge load on the body. 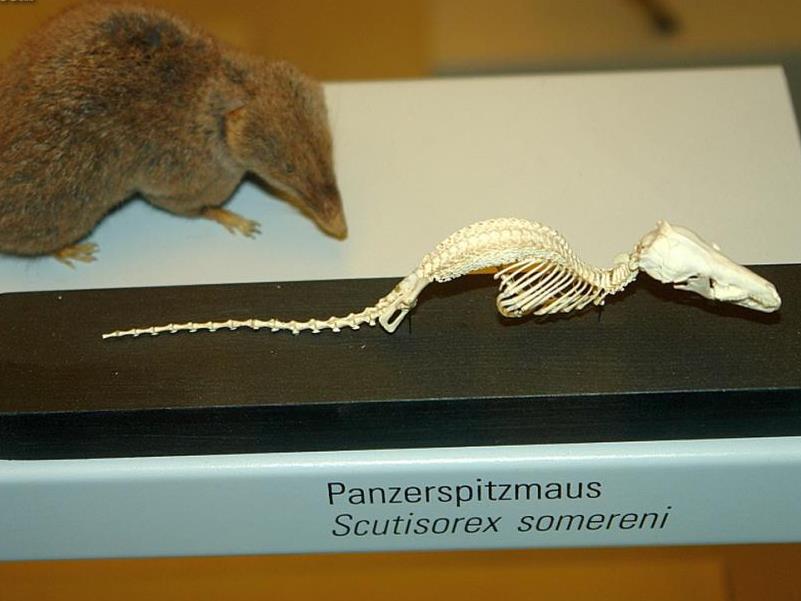 The Ugandan white-toothed armor was discovered by biologists in 1910, although the image of her life has not been fully studied to this day. And more recently, in 2013, scientists have discovered a related species – the Torah white tooth (named after the god Thor), which also has a specific skeleton structure that allows the animal to withstand loads exceeding the body weight by orders of magnitude. The “old” and “new” white-belts fall into each other’s evolutionarily close relatives: their paths diverged about 4 million years ago. The back of the Torah is weaker than that of a relative, although there is no doubt about the exceptional strength of her spine.