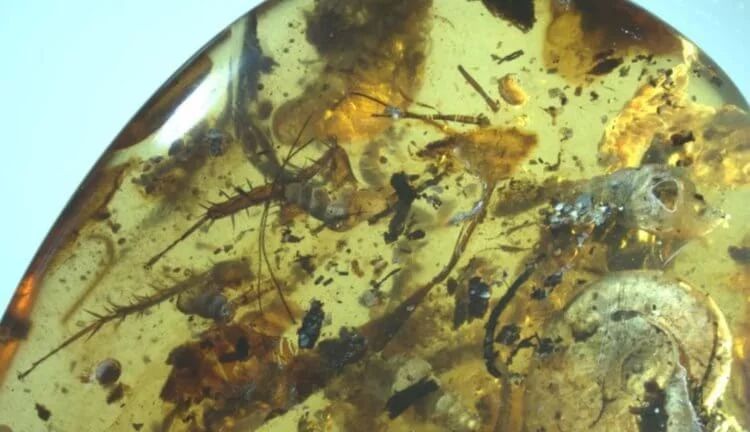 Some pieces of amber can be real treasures of ancient creatures, but forest insects are mostly found inside the fossilized resin of coniferous trees. However, nature can sometimes surprise a lot – recently Chinese geologists have found a small piece of amber, which contains both ancient insects and sea creatures. A quite logical question arose: how did the inhabitants of the seas fall into the forest, and were walled up with ants, ticks and other tiny living creatures? Scientists have a completely convincing answer.

First you should tell about the fragment of amber itself. Its dimensions are very tiny 33 × 9.5 × 29 millimeters, and the weight is only 6 grams. Despite this, it contains the remains of about 40 different ancient creatures: spiders, centipedes, cockroaches, flies, ticks and wasps. To the surprise of the researchers, quite unexpected creatures coexisted with them – snails and cephalopods called ammonites.

Researchers believe that none of the sea creatures penetrated the forest. Everything is much simpler – the remains united in such a strange mixture due to the fact that the trees that emitted tar grew along the coastline. Probably, flying insects were first stuck in the resin, then the sticky substance began to flow down and seize the ants and centipedes crawling along the trunk. Ultimately, the resin reached the beach and enclosed the shells of sea creatures. 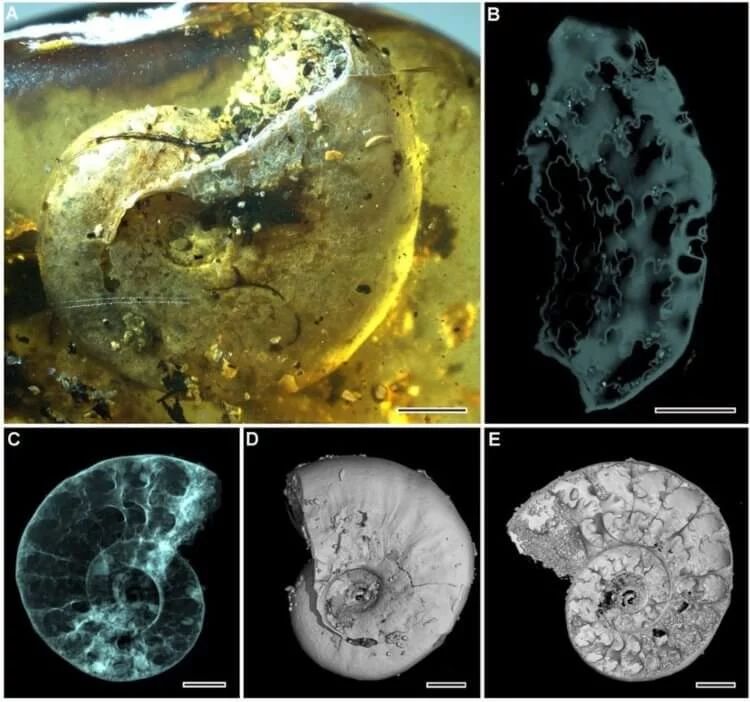 It is noteworthy that the shells were empty – most likely the creatures left their “dwellings”, and they lay on the beach for a long time. Fortunately, amber has well preserved them, and the researchers managed to figure out exactly which creatures they belonged to. They studied the structure of shells using microcomputer tomography and declared that they belonged to ammonites called Puzosia, which lived about 99 million years ago.