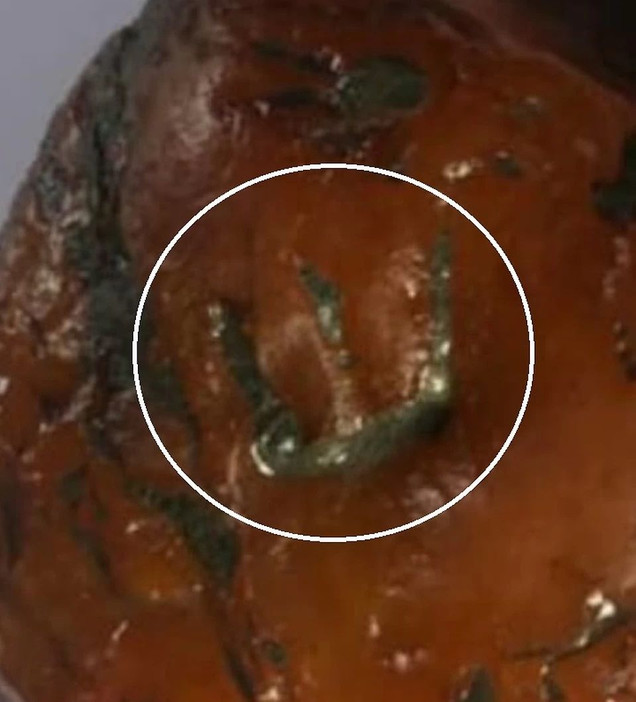 Due to the coronavirus pandemic, work at the Kaliningrad Amber Plant began later than planned – May 18, so the first large nugget this year was managed to be obtained only now. As reported at the plant, the weight of a unique semiprecious stone is almost 2.5 kilograms. But he attracts attention not only by weight.

“The fact is that on the stone you can see a very interesting drawing resembling either a trident or a crown,” said the representative of the plant Julia Mamyrbaeva.

All amber nuggets get their own names. They did not think about the name of the latter for long: the drawing of the crown served as a clue. The stone was called the “Winner” – in honor of the impending victory over the coronavirus.

A crown-shaped figure was discovered on the stone. Photo: courtesy of the Amber Factory

As noted at the plant, amber nuggets are called stones weighing more than one kilogram.

– Large amber formations are not common in nature, in addition, they require a particularly careful attitude – when exposed to heavy equipment, nuggets can break. The “winner” stands out among the unique stones. The weight of most nuggets varies from 1–1.5 kg. In recent years, the weight of record holders has only slightly exceeded the 2 kilogram mark, the plant noted.

By the way, the largest find in the last five years happened in March 2017. Then amber was discovered weighing more than 3 kilograms. This amber nugget was mined in the Primorsky quarry on the day of the visit to the plant of the head of the Kaliningrad region Anton Alikhanov, so he was called “Governor”.