A unique gene has been found that distinguishes man from monkeys 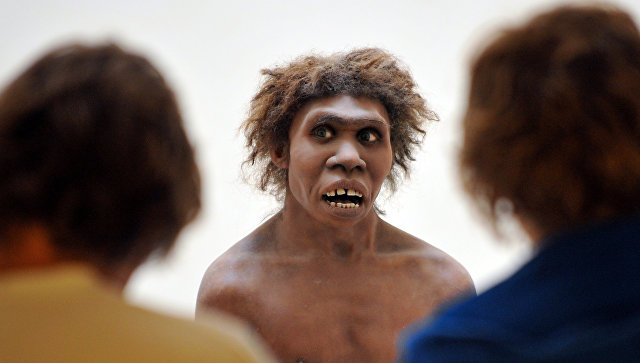 Genetics found in the human DNA a unique gene NOTCH2NL, responsible for the unusually large size of our brain and the unique structure of the cerebral cortex. His description was published in two articles in the journal Cell.

“The two main features of a human being are the large size of the brain and the delayed development of the nervous system inside the mother’s womb, and now we have succeeded in uncovering the molecular mechanisms of development of both of these features of Homo sapiens, which turned out to be included in the earliest stages of brain development,” David Haussler (David Haussler) from the University of California in Santa Cruz (USA).

The human and chimpanzee genomes coincide by 99%, however our nervous systems develop quite differently and suffer from different problems in old age. These differences prevent scientists from using primates to study various diseases and how a person has acquired the ability to articulately speak and think.

In recent years, scientists have discovered several hundred genes responsible for brain development and differing in structure in the genomes of humans and chimpanzees. However, they could not find those DNA sections that were responsible for unusually large, in comparison with the rest of the body, the size of our brain. Many neuroscientists and geneticists suspect that the reason for the striking difference between the two species is not so much in the structure of the genes as in the differences in their activity in different parts of the brain.

Haussler and his colleagues were able to find this “Holy Grail of Human Brain Evolution,” as they put it, by studying the structure of different genes on the first human chromosome, the removal of which very often leads to the development of microcephaly, and doubling or damage – macrocephaly or severe forms of autism.

In this section of the genetic code, as scientists explain, there is a set of genes from the family NOTCH2, responsible for the development of “blanks” of neurons and the formation of future brain tissue in the mammalian embryo. Their structure almost does not differ in the DNA of all primates and they, as scientists from Russia have recently shown, work in the same way in the development of the embryo.

Watching the activity of these sections of DNA in stem cell cultures, Haussler and his colleagues noticed one simple thing that some other scientific teams missed for some reason. It turned out that in human cells an “extra” gene works, which is absent or does not work in the preparations of the neurons of chimpanzees, gorillas and other primates.

After studying its structure, the scientists came to the conclusion that the NOTCH2NL gene appeared in the DNA of our ancestors about 3-4 million years ago as a result of a series of “successful” errors when copying the first chromosome. The first error led to the fact that one of the genes of the NOTCH2 family was partially copied and embedded in the DNA of the first Homo. This turned him into a “garbage” pseudogen, which did not play any role in the body’s work.

The second error “repaired” its damaged parts, as a result of which a new section of DNA appeared in the genome of the proto-men, radically changing the program of development of the nervous system, which was copied several times in the course of the subsequent evolution of our ancestors. As shown by experiments of scientists on stem cells, the removal of NOTCH2NL leads to the fact that the blanks of nerve cells begin to grow faster “and grow less divided.

“One stem cell involved in brain growth can give life to two neurons or another blank and one nerve cell, NOTCH2NL makes them choose the second option, which allows our brain to grow in size.” As often happens in the evolutionary history, a small change in performance stem cells led to very large consequences, “the scientists conclude.