A wingless mosquito from Antarctica is threatened with extinction 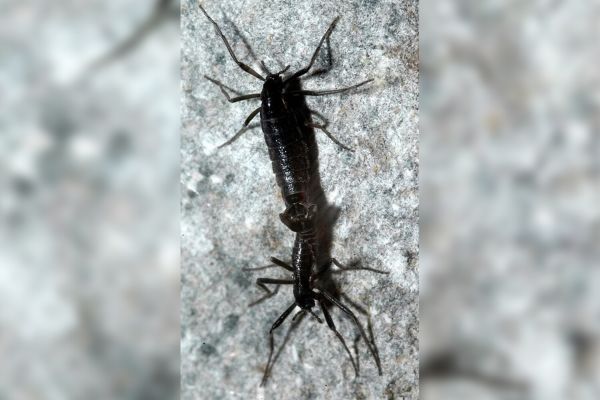 The wingless ringing mosquito, the largest land animal in Antarctica, is under threat of extinction due to climate change, an international team of entomologists with the participation of experts from the University of Kentucky found out. They talked about this in an article in the journal Functional Ecology.

The Belgica antarctica mosquito lives all year round on the glaciers of Antarctica. Quite small, less than one centimeter in length, this insect remains the largest land living creature on the continent.

The ringing mosquito lives for about one year. For a long time, the insect has developed its own life cycle: as a larva, the future mosquito survives the winter in hibernation under a layer of ice, and when spring comes, it wakes up and feeds on stored energy reserves. With the onset of a new cold season, the mosquito dies because it cannot find food for itself.

However, over the past decades, the temperature on the continent has been gradually rising: by about half a degree every ten years. Because of this, the Antarctic winter comes later than usual, and the pupae hibernate more exhausted, not having time to save enough energy.

To test how such changes affect mosquitoes, the scientists took several individuals that had spent the winter in controlled laboratory conditions and after thawing, assessed their condition, including the presence of damage and the level of nutrient stores.

It turned out that at the usual temperature of -5°C, up to half of the population of larvae survive, while at a temperature of -1°C, the same now in winter Antarctica, only a third of the insects remain alive. In addition, the energy reserves left by mosquitoes played a big role – insects that hibernated later than the others due to the warm climate were much weaker.

To date, scientists hope that climate change will be more gradual, allowing the bell mosquito to adapt to changing conditions.