ABBA will return to the stage as a hologram 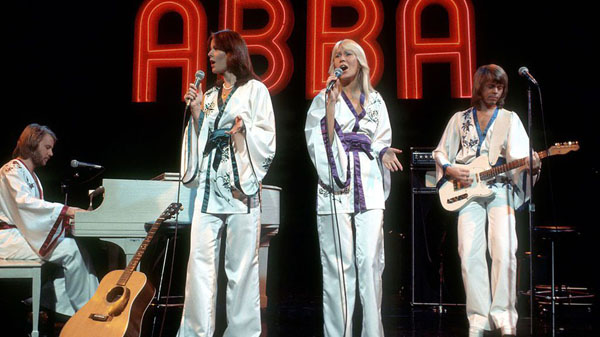 The world’s most famous Swedish pop group is planning a global tour, more than three decades after its last official tour and break-up in 1982. However, the musicians will not be present on stage personally, despite the reunion for the performance in 2016.

Instead, the group will be “digitized” to create a holographic image of each of the participants for a virtual tour in 2019. And this, in spite of the fact that all members of ABBA live and are well:

“It’s fine. The band can be on the scene while I’m at home or go for a walk with the dog, “Banni Andersson of ABBA said in an interview. “If this really works, then in our footsteps will go a lot of other artists who want to do the same, even those that are still young and still touring. This is a very interesting project. ”

Until now, the use of holograms for musical performances has been limited to those artists who have already died. It all began with the performance of Rape Tupac Shakur in 2012, and was continued by Michael Jackson on the Billboard Awards in 2015. In the elections in France this year, presidential candidate Jean-Luc Melanchon appeared in public in a video hologram to perform simultaneously at seven rallies.

As Mashable writes, the “digitization” of members of the ABBA group is already completed, and in the end the hologram will resemble the group at its peak in the late 1970s. The image of the famous quartet will be projected onto the stage in front of a group of “live” musicians, and the vocal parts will be taken from the audiotapes of the Australian tour of the band in 1977.

“It will be like if you were transferred in 1977, and you are at a concert with a live band, live backing vocals and great light and sound. Everything will look like a live concert, “Andersson assures. That’s just not very clear how such a concept can be called honest in relation to the audience. On the other hand – if this is the only chance to “see” your favorite band – why not?