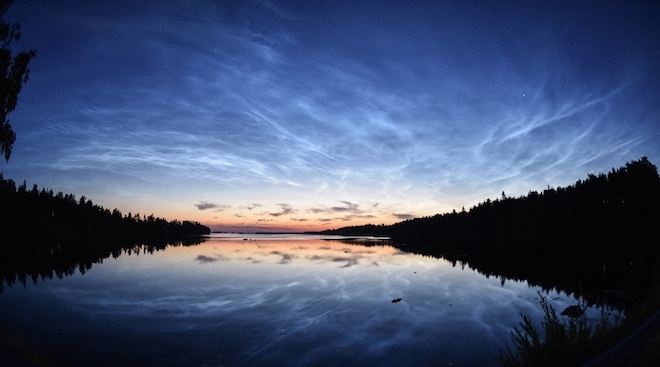 Usually August 1 is the beginning of the end of the season of noctilucent clouds in the Northern Hemisphere. Weather conditions in the upper atmosphere of the Earth change in August, which makes it difficult to form them.

According to her, the morning of August 1, the most beautiful silvery clouds that she had seen over the lake of Konnevesi appeared over the lake.
Noctilucent clouds are formed when summer water vapor rises to the top of the atmosphere and envelops meteor smoke, forming ice crystals.

Another possibility is the solar cycle. Previous studies have shown that noctilucent clouds can sometimes become more intense during the solar minimum. At present, such conditions are in effect – in recent months the activity of the Sun has fallen to zero.