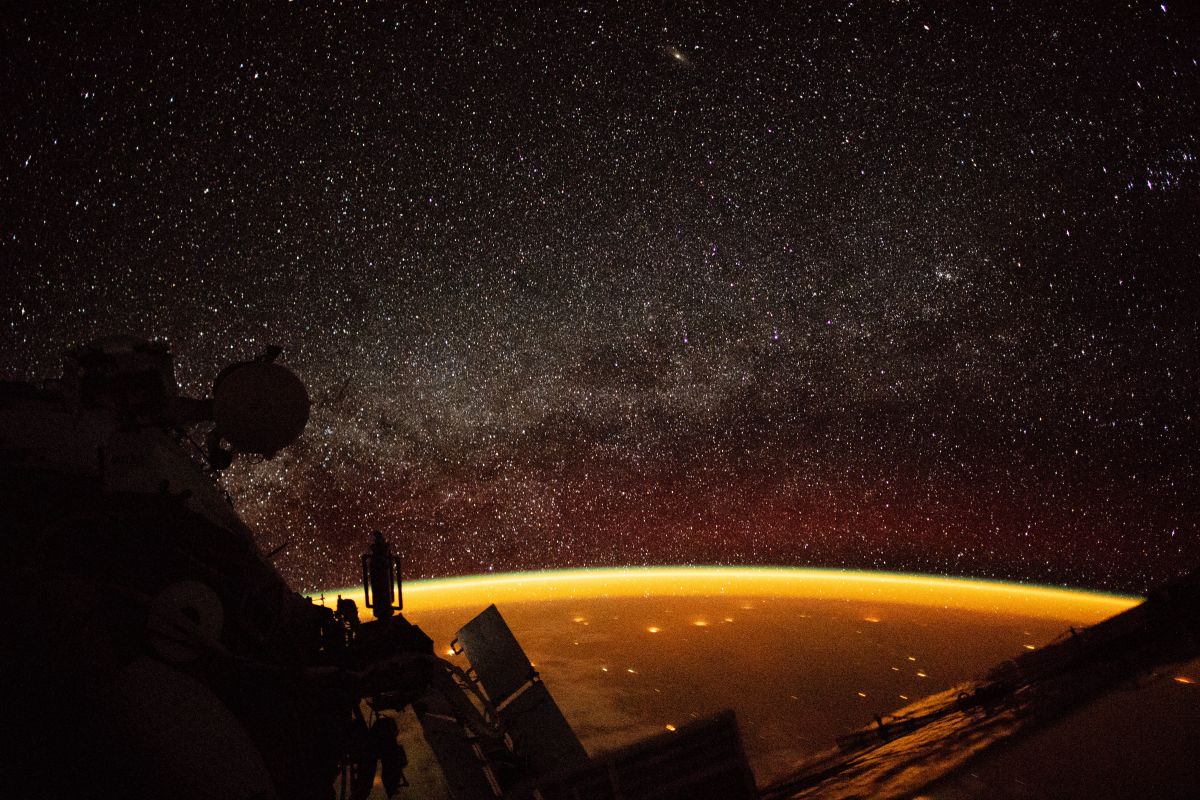 Last month, one of the astronauts of the International Space Station (ISS) photographed a bright orange glow over the Earth, now his photo has been posted by NASA with a description of the phenomenon.

The picture was taken on October 7 – at that moment, when the ISS passed over Australia at an altitude of 400 kilometers. What the astronaut photographed is called the atmosphere’s own luminosity. The essence of the phenomenon lies in the fact that the planet’s atmosphere does not cease to emit faint light, excluding the scattered rays of the Sun from the day side and the light of distant stars.

Visually, it may resemble aurora, but in reality these are two fundamentally different phenomena. In northern lights, the solar wind interacts with protons and electrons in the Earth’s magnetosphere. Those moving along the lines of the magnetic field excite oxygen and nitrogen atoms – usually at the poles.

The reason for the atmosphere’s own luminescence is somewhat different. In the daytime, the atoms of the upper atmosphere (the mesosphere and the lower part of the thermosphere, 80–300 kilometers above the Earth) receive a high dose of short-wave electromagnetic radiation. Atoms either emit photons or collide with other atoms, transferring energy to them and causing a chain reaction. That is why at night you can see the faint light of different colors.

This color difference results from the different properties of the atoms. Oxygen usually emits green and blue colors, sodium — yellow, and some hydroxides — red. Usually the luminescence acquires distinct shades, and then red or green rays are visible in the photographs, but the orange ones are rare, therefore this image is especially interesting.

Demonstration of the phenomenon in 4K / © Adrien Mauduit

In 2009, the Venus Express satellite recorded radiation in the atmosphere of Venus, which is close to infrared, which indirectly confirms the presence of its own glow of the atmosphere in other planets.