Accident at Fukushima has led to the release of radioactive nanoparticles 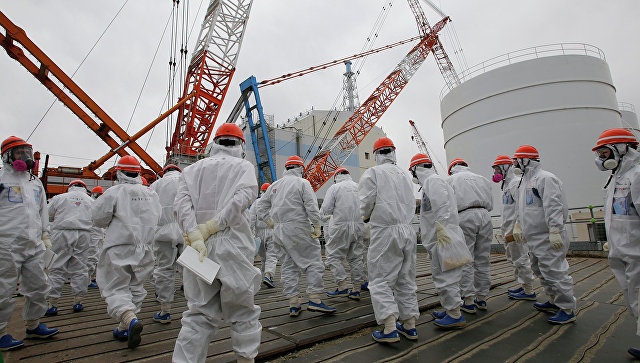 Scientists have found a lot of radioactive nanoparticles in the soil and water in the vicinity of the Fukushima-1 nuclear power plant, which indicates the “escape” of part of the nuclear fuel from the reactor, which was previously denied by the Japanese side, according to an article published in the journal Environmental Science & Technology.

“Our research shows that we must immediately start looking for other possible debris of fuel elements in the exclusion zone and possibly beyond, and although it will be extremely difficult to collect samples under such conditions, their analysis is critically important to understand how these nanoparticles will behave in the future, “said Gareth Law, a chemist at the University of Manchester in the United Kingdom.

Six years ago, one of the worst accidents at nuclear power plants in the history of the Earth occurred – the cooling systems of four reactors at the Fukushima-1 nuclear power plant were put out of action as a result of a powerful earthquake and tsunami. This led to a series of hydrogen explosions, melting of the core, resulting in radioactive substances entering the atmosphere, soil and into the ocean.

The ingress of large amounts of cesium-137 and a number of other hazardous substances into the soil and groundwater forced the Japanese government to evacuate the residents of the zone 20 kilometers from the nuclear power plant in April 2011 and set up an exclusion zone with a radius of 30 kilometers, which was considered unsafe for human habitation .

According to Lo, representatives of TEPCO, the operating nuclear power plant, have always stressed that the disaster only led to the release of large quantities of radioactive vapor and water – all the debris of the fuel elements and the partially molten core of the reactor remained inside its envelope and did not enter the environment.

Luo and his colleagues found out that the specialists of the Japanese energy company were mistaken in studying the chemical and isotopic composition of nanoparticles of dust and soil collected on the territory of the nuclear power plant itself, its immediate vicinity and the now abandoned farm located four kilometers from the Fukushima-1.

In all three points, as the researchers note, they managed to find a large number of radioactive nanoparticles measuring several nanometers. They contained not only cesium-134 and cesium-137, large amounts of which were present in the steam emissions from Fukushima, but also the atoms of uranium, technetium and some other heavy radionuclides.

According to physicists, all these elements do not belong to the category of volatile substances, which does not allow to say that these nanoparticles could be formed “on the spot”, in and of themselves, and not inside the damaged power units of “Fukushima”. In other words, hydrogen explosions at nuclear power plants not only led to the leakage of radioactive vapor, but also a large number of nanoparticles that resulted from the destruction of fuel cells and reactor core.

Their discovery, as Luo explains, has two important consequences. First, such nanoparticles are small enough to allow them to penetrate into human lungs or animals and accumulate in them, which greatly exacerbates the environmental consequences of the accident.

Secondly, the presence of uranium and many other long-lived radionuclides in them means that the soil and water around the nuclear power plant will remain dangerous to human health even after most of the cesium-134 and cesium-137 decay. This will significantly complicate the elimination of the consequences of accidents and the deactivation of the exclusion zone, the plans of which are now being worked out by TEPCO specialists and the Japanese authorities.