Acid rains will save Earth from a global cold snap 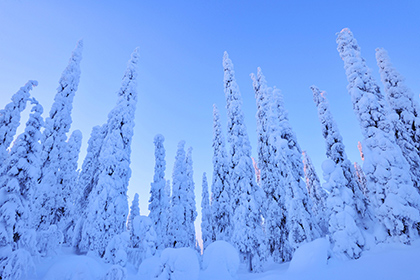 The international group of scientists has shown that Earth exit from one of the strongest freezing in her history — Proterozoic — was followed by global acid rains and storm.

The research is published in the Proceedings of the National Academy of Sciences magazine, briefly reports the South China Morning Post edition about him.
Experts have come to the conclusions, having carried out the analysis of the isotopes of magnesium found in rocky glacial breeds from the southeast Chinese province of Hunan. The samples investigated by scientists have signs of the most severe erosion which occurred more than 600 million years ago.
Degradation of rocks has been caused, according to scientists, by the intensive chemical aeration happening under the influence of water, carbon dioxide and oxygen. By estimates of experts, the period of acid rains on the planet lasted several hundreds of thousands of years and has allowed to come to the end to a freezing.

According to scientists, the research allows to explain how the global cold snap on the planet was replaced by warming. It agrees to one of the most extreme scenarios, about 650-635 million years ago all Earth’s surface has been covered with snow: ice reflected a sunlight and didn’t allow the planet to heat up.

At that time in the atmosphere of a celestial body, meanwhile, was in 500 times more of carbon dioxide, than today (then 99 of his percent were processed as a result of chemical aeration), and on the planet only primitive microorganisms lived.