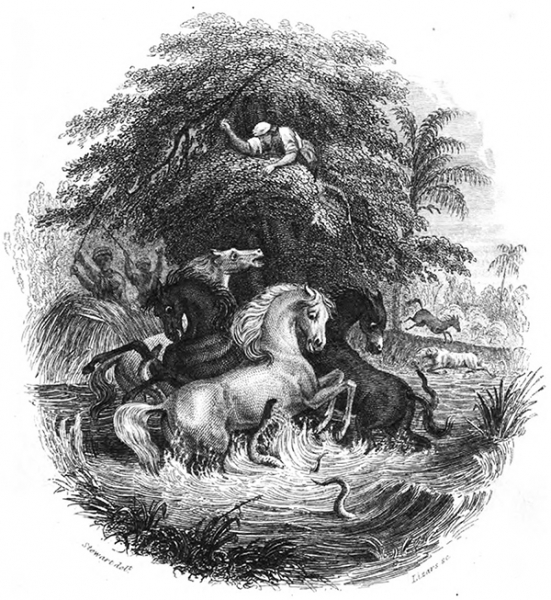 In the XIX century by the famous German scientist Alexander von Humboldt described the battle between the horses and electric eels, which occurred in the Amazon region.

According to him, the eels protrude from the water and attacked the horses, trying to climb on them. For a long time this story was considered an exaggeration. However, the biologist Kenneth Catania of Vanderbilt University has confirmed the veracity of this story.

Scientists have discovered that under certain conditions electric eels, cornered, unable to attack objects that are partially submerged. They protrude out of the water, trying to touch the enemy’s lower part of his body, the movement accompanied by a powerful electrical discharges.

Such behavior, the researcher was able to observe in a laboratory aquarium containing eels. He recorded the events on camera. For clarity, the researchers used a plastic hand and plastic head of an alligator, covered with a metal strip and a network of LEDs. The LEDs started to glow by passing an electrical pulse.

According to the researchers, these attacks are very effective acne. Humboldt wrote that on March 19 1800, two horses were paralyzed and drowned within the first five minutes after the attack of acne.