Acupuncture has received a biochemical justification 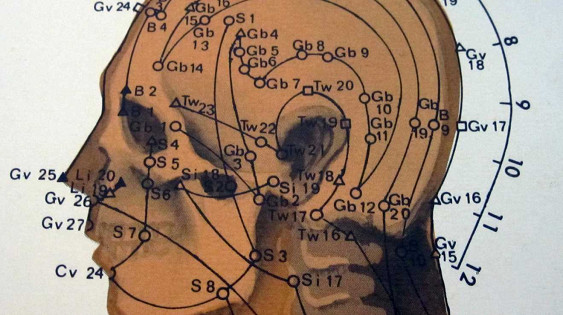 According to modern ideas, acupuncture goes back to the Neolithic. This practice of traditional medicine involves the impact of special needles on points located on the meridians – the lines of the body, over which the “vital energy” qi circulates.

The introduction of needles into tissues and manipulation with them (rotation, pressure, heating, cooling) are called to provide therapeutic and analgesic effect. Now the method is common in China and under certain conditions it is allowed to be used by the authorities of a number of other countries, for example, Great Britain. However, its effectiveness remains in doubt. So, the review of 2016 showed that acupuncture is not more useful than placebo.

It is curious that many acupuncture points are localized in accordance with clusters of nerve fibers, blood vessels, hair follicles and sebaceous glands. Combination of the method with cauterization, in turn, leads to a sharp release in the skin of nitric oxide, which is associated with relaxation of the musculature of the vessels (vasodilation) and increased immunoreactivity of nitric oxide synthases (enzymes that accelerate the production of the compound). Nevertheless, until now the biochemical effects of acupuncture have not been compared to control areas of the body. The authors of the new article evaluated the relationship between acupuncture and nitric oxide levels at points, meridians and neutral areas.

25 healthy men and women aged 18-60 years took part in the work. The object of the study was the meridians of the lungs and pericardium, located on the forearm. During the procedure, subjects in one of the hands injected needles into the acupuncture points (PC4-PC6) and rotated to a specific sensation of moderate numbness or pain (de qi). The lung meridian was heated to 43-44 degrees Celsius without mechanical influence. Then, scientists measured the level of nitric oxide at acupuncture points, as well as zones located on the meridian, but not activated, and neutral areas. The data obtained were compared to the baseline values ​​of NO from 12 volunteers.

The analysis showed that the level of metabolites of nitric oxide in the acupuncture points immediately after acupuncture was almost twice the value of the control sites. After 20 minutes the trend was weakened and was the least pronounced for areas outside the meridians. A similar effect was observed for thermal stimulation: the content of nitric oxide in heated acupuncture points was significantly higher than in other zones on the meridian. However, with respect to points outside the meridian, such treatment did not reveal significant differences. According to the authors, the study for the first time indicates a correlation between increased NO production and mechanical and thermal effects on acupuncture points.

Thus, acupuncture, apparently, has vasodilating properties and improves blood flow, which, theoretically, can be accompanied by therapeutic effects. The exact mechanism, long-term and systemic consequences of the phenomenon remain, however, unclear and require further study.