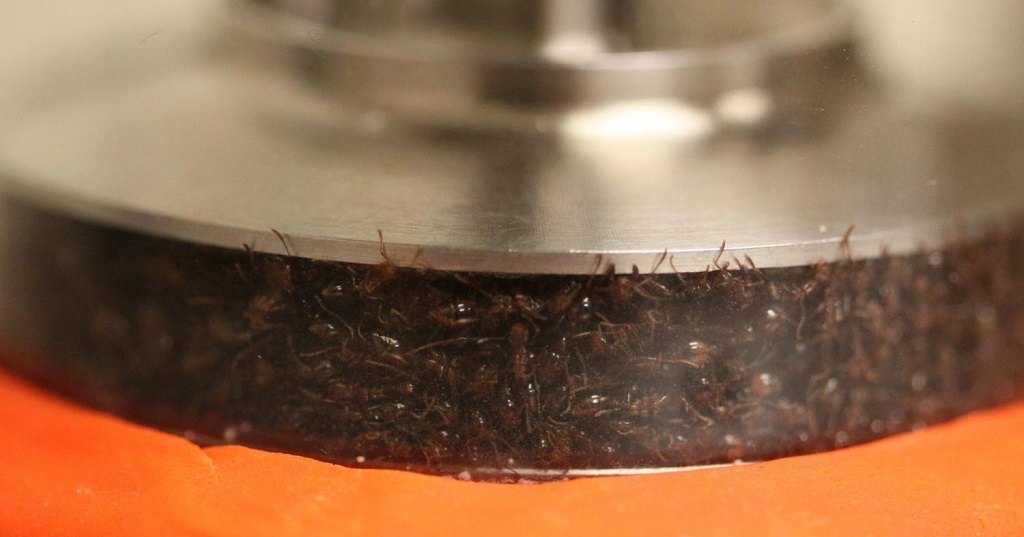 Scientists from the Georgia Institute of Technology (USA) demonstrated that a group of ants is capable of behaving like a liquid or as a solid, depending on the situation.

To study the ants’ abilities, the researchers organized an experiment in which several thousand fire ants were placed in a rheometer that is used to measure the volumetric flow of gas or liquid and is able to unwind from 0.0001 rpm to 100 rpm.

When the speed of rotation became quite high, the ants unclenched the grip and, under the action of the centrifugal force, flew to the sides like fluid. Scientists consider this behavior a way of survival to avoid injury from overload.

In nature, fire ants are able to build real rafts from their bodies to swim and survive during floods. They can also build bridges, but if you apply enough force to them, a group of ants can behave like a liquid, so as not to be crushed.

Perhaps inspired by the skills of fire ants, someday scientists will come up with a new self-healing material that will be able to take the original form after any external influences.