Aerial visibility in the sky over the USA 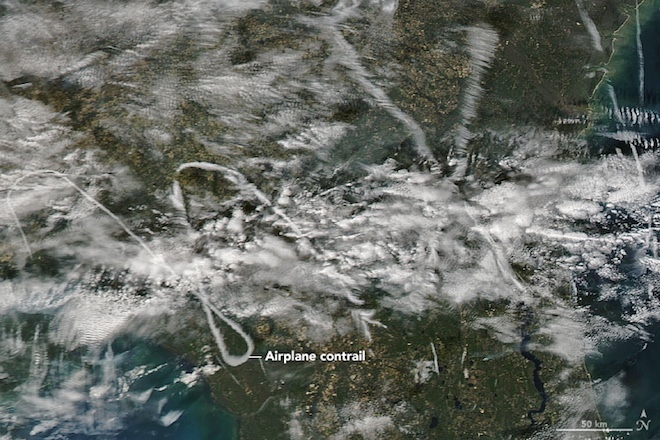 “This is exactly the inversion traces of the aircraft. Such drawings are not typical for the atmosphere, “Van Didenhoven said.

Condensation (or inversion) traces are a type of cirrus clouds, which are formed almost the same way as in nature. The difference lies in the source of the ingredients. Aircraft exhausts contain an abundance of water vapor and fine particles. At high altitudes, where it is cold enough – around -39 ° C – water vapor can easily freeze on particles and form long narrow clouds. 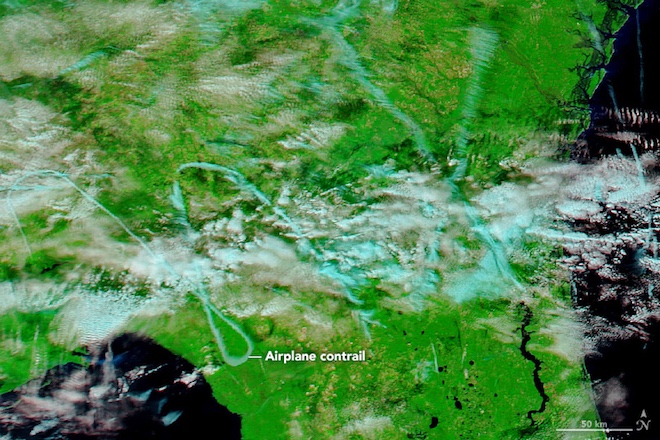 The blue areas in the second image indicate ice, which agrees with the ice composition of the inversion track. When the temperature and humidity allow the ice crystals to remain firm, cirrus clouds can persist for about an hour and move with the winds. In this case, a relatively long period of existence, a unique form and isolation of contours improved their visibility from outer space.

“It’s not uncommon, but usually they are difficult to detect,” Van Diedenhoven explained. – Often the aircraft should turn circles to wait for the opportunity to land at the nearest airport. Probably, these figures are also difficult to detect due to intensive air traffic and all emerging overlapping contours, when air conditions contribute to the creation of inversion trails. ”

Another vivid example of inversion traces was seen in March 2016, when the semicircles were visible in the sky off the east coast of England. Van Didenhoven determined that their source was the Royal Air Force aircraft of the UK, which, he believes, could carry out a research flight. 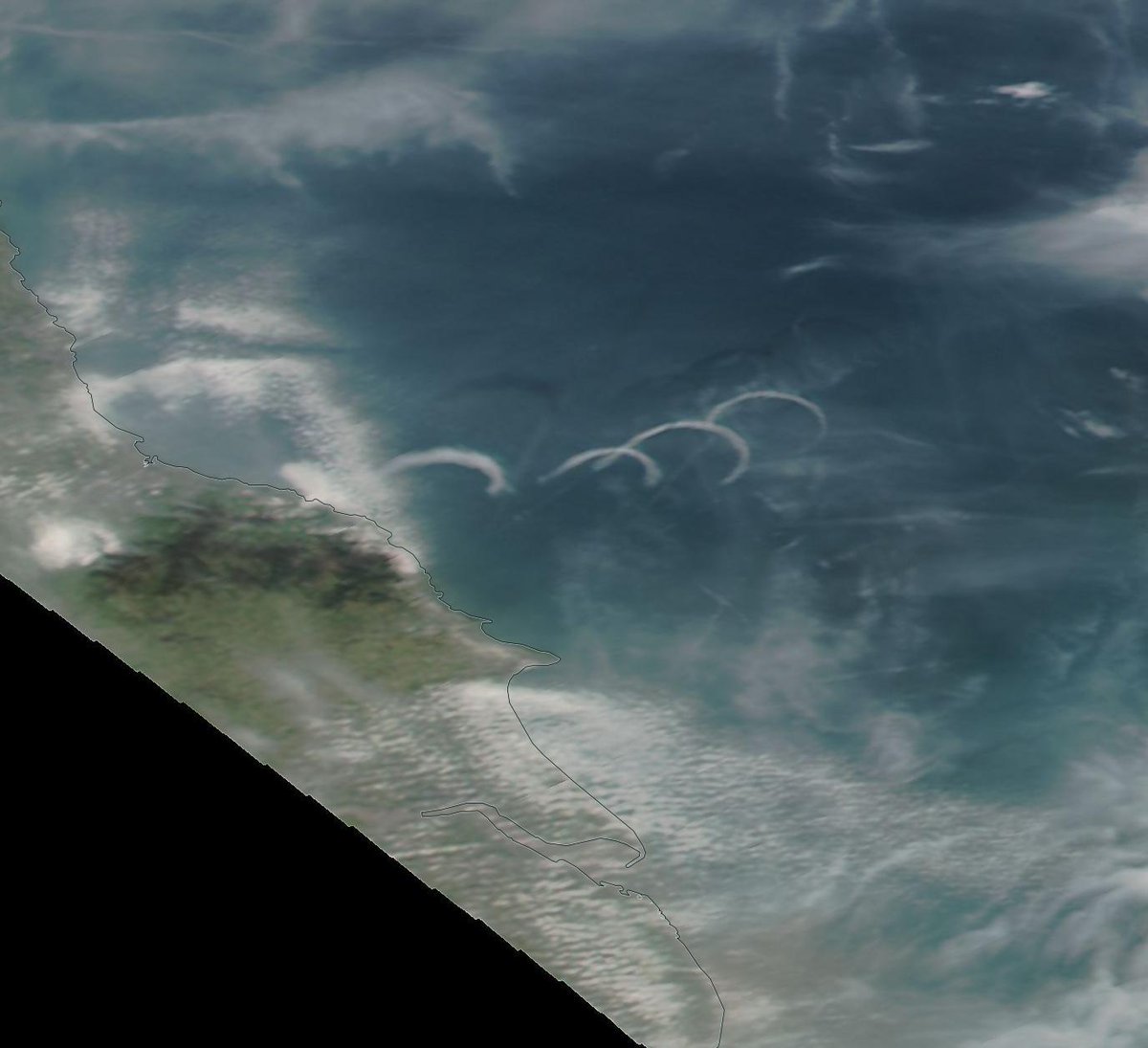