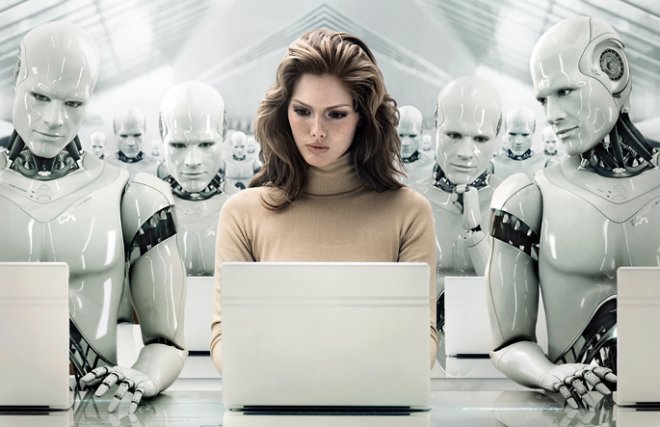 Late last year Amazon announced (a few months) start a fully automated Amazon store Go in the U.S. city of Seattle, Washington. While optimists delighted to consider all the advantages of the new system, allowing to reduce shopping time and do something more useful, skeptics are beginning to fear that due to the introduction of such technology will completely disappear common profession.

In the Amazon Go no queue, cash registers and external control. The buyer at the entrance starts the application on your smartphone, and placing it to the likeness of the turnstile, takes off the shelf the right product and leaves the store. Funds are debited automatically.

As the Go Amazon refuses the services of cashiers and other professions, trade Union activists suspect that if other companies will go the way of automation, it will lead to higher unemployment.

In such reviews is not surprising, they existed before. Throughout human history, technological progress has repeatedly been subjected to harassment, improvements in production, many have seen the cause of high unemployment.

During the technological revolution of the workers in bayonets perceive the introduction of machines and mechanisms in the sectors of production, resorting to manual labor, because they believed that many people will remain without work. For example, the workers of the hosiery production is so afraid of innovation that began a massive revolt immediately after they were presented conocephalinae machine. During the riots of brand new machines were destroyed, houses burned, the inventors of the device were flying threats, and peace came only after the intervention of troops.

Unfortunately, the case with conocephalinae machine that caused a real mass hysteria about technological progress and its impact on unemployment, did not last. During the industrial revolution, there was something like that. In the United States since the great depression rose the next wave of scepticism towards technology, and representatives of the movement “technocrats” saw a direct link between the extensive use of machinery and unemployment.

The fear of machines has been so strong in society that the economist Henry Hazlitt had to devote an entire Chapter of his work “Economics in one lesson” debunking the myth about taking jobs mechanisms. In the Chapter entitled “the Curse of machinery,” he wrote:

The belief that machines cause unemployment, leads to absurd conclusions. Following this logic, every technological advance increases the level of unemployment, which started to grow in the days when the cave man took the first steps to ease your daily work.

To the credit of the technical skeptics, whom Hazlitt called “technophobes”, their fear of unemployment is not devoid of Foundation.

Due to the introduction of cuacnopalan machines 50 thousand people remained without work. However, Hazlitt emphasizes that “despite the faith of the rebels in quick replacement of all the working machines by the end of the nineteenth century, the industry has hired a hundred times more people in comparison with indicators of the time of the rebellion.”

The appearance of a cotton-spinning machine called as cold a reception as the introduction of conocephalinae machine, although the number of workers increased from 7.9 thousand to 320 thousand people, and the growth of 4400%.

Despite the efforts and wisdom of the words Hazlitt, and in the modern world there are people with fear, not with hope, perceiving technological progress.

Unfortunately for the skeptics, automation in the near future will have a significant impact on people’s lives. Several fast food restaurants have already replaced cashiers with automated posts, to reduce the cost of the meals. Taxi service Uber has released on the road a fleet of drones that perform work for drivers.

However, fear of change should not be. Tells how the great frédéric Bastiat, the market system has many positive aspects, the existence of which many people (especially skeptical towards progress) and do not guess.

The company Uber, for example, will reduce their need for drivers, but this does not mean that they will remain without work. Uber is expanding its network of Express services in their range included the delivery of flu vaccinations, food and even puppies. Many services offered by the company, still provide jobs for people. If delivery will be to carry out the drones, then the market will be a new range of services.

Many will be surprised that in this age of firearms (and not only) weapon on the planet has the largest number of blacksmiths in history. Progress is not painless, because of changes to generally accepted standards and society gets used to the new products, but to make changes you need to be happy. The weaving of stockings and spinners on their own experience that innovation is a good thing, because technological progress provides new possibilities to mankind.