Age of man: when it began and when will it end 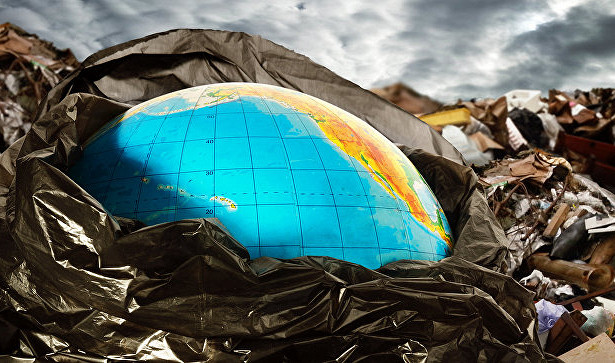 Scientists proposed to introduce into scientific use a new geological epoch – anthropocene, that is, an era of active human impact on the planet. But it is not yet clear from what it is to count it.

“Anthropogenic activity is now recognized as a force that deeply and permanently changes the earth’s system, which indicates that we have entered the geological epoch where man dominates – the anthropocene,” write researchers at the University of New South Wales (Australia), whose article on days have been accepted for publication in the journal Scientific Reports.

Studying the annual tree rings on Campbell Island in the Pacific, scientists found that in the atmosphere from the 1950s to the 1960s, there was an unusually large amount of the radioactive isotope of carbon C-14. According to the authors of the article, this is due to nuclear tests. Their peak occurred in October-December 1965 and coincided with the explosive growth of industry in the northern hemisphere. It is this moment that they suggest to consider as the beginning of the anthropocene.
Traces of atomic explosions can be found practically on the whole planet – in soil or in ice. But geologists need something more stable than the soil that is constantly changing, and the ice that is able to melt. It is necessary that the anthropocene look in the rocks that form the earth’s crust. The problem is that this requires tens and hundreds of millions of years, and a person generally exists only a couple of million years.

But on Earth already there are minerals formed due to man. For example, on the seabed – as a result of the decomposition of the metal skin of sunken ships. Petrified feces of birds, treated with hot gases from coal mines, have turned into tinnunculitis. In total, more than two hundred minerals formed due to human activity were counted, but it is still not enough to mark a new era.

While geologists refuse to recognize anthropocene, but not categorically. Usually, when it comes to past geological epochs and periods, their boundaries are literally visible to the naked eye in the history of the rocks. These are usually thin layers, whose composition indicates serious global cataclysms, such as the widespread extinction of flora and fauna, the fall of a large meteorite, and planetary magmatic eruptions. Specialists call such evidence, hammered into the base of a new geological epoch, a “golden nail”.

What should be the “golden nail”, if the glacial period gave way to a warming of 11,700 years ago? This is noticeably far from in all river or marine sediments, and not in all parts of the world. Nevertheless, scientists decided to designate the global retreat of the glacier as a new era – the Holocene. We are still officially living in it. And its exact beginning was established, in fact, only a few years ago, analyzing samples from wells in the ancient ice of Greenland.

Proving the need to recognize the anthropocene, enthusiasts usually press on the fact that the person from the very outset very actively took up the transformation of nature. Suffice it to recall that people contributed to the extinction of mammoths, saber-toothed tigers, cave bears and other megafauna that inhabited virtually all continents during the ice age. In the Roman era, man actually defiled Italy, in the industrial era, he polluted the rivers, drained the Aral Sea. The influence of industry is also attributed to the current intensification of the greenhouse effect, which led to an increase in global temperature.

Listing these examples, you can not fail to notice that they both extol and demonize a person. This indicates a certain contradiction and even tensions in the anthropocene concept. It is not for nothing that the humanitarian historians, historians and philosophers, often like to talk about a new geological epoch.

Skeptics do not see the need to put a person in the center of our small earthly universe. In addition, humanity as a species can soon – according to geological, of course, standards – disappear precisely because of its violent activity. And if someone in millions of years tries to find traces of our civilization in the form of a tiny gap in the rocks, it is unlikely that he will succeed.