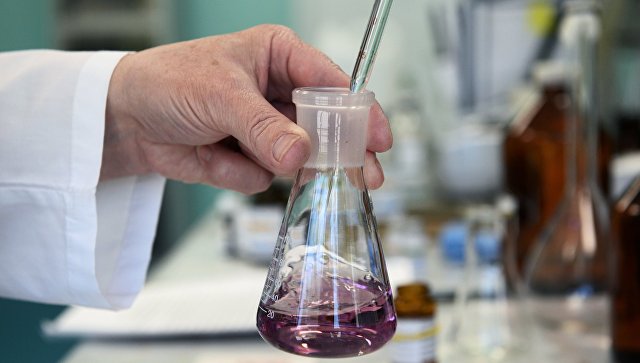 Russian scientists have found an increase in aggressiveness and resistance to antibiotics in microorganisms that returned to Earth after a long stay in outer space, and individual mutated individuals in the future may pose a threat to life both on our planet and beyond.

Native Killers: Why Do Bacteria Benefit in Combating Antibiotics?
Such conclusions contain the national report on a number of results of fundamental space research that will be presented by Russian scientists at the meeting of the International Space Research Committee in July in the United States.

Thus, in strains of bacteria of the species Bacillus subtilis, after a 31-month stay in space, resistance to six antimicrobial preparations of the eight studied was increased. Thus, it can be concluded that when exposed to microorganisms a number of unfavorable factors inherent in the open space, the most resistant and aggressive strains survive.

The experiment was conducted on the surface of the Russian segment of the ISS. Since January 2005, several series of experiments have been carried out. On the outer shell of the station was placed the apparatus of the experiment “Biorisk”, in which the samples were located. Approximately every six months samples of materials with microorganisms were delivered to the Earth for research. As a test, 68 species of organisms were used – from bacteria to vertebrates and higher plants (spores of bacteria and mold fungi, plant seeds, eggs of inferior crustaceans, mosquito larvae, dry caviar of carp-fish, etc.).

The threat of infection

Earth microorganisms that mutated during their stay in outer space on the outer surface of the ISS may pose a danger to life on our planet, which means that this threat should be taken into account in the requirements of “planetary quarantine”, Russian scientists believe.
“Since it has been shown that living organisms can survive in outer space, hypothetically, in the distant future, it is possible to add alien substances from other planets to Earth, as well as to other planets from Earth.” In addition, the returned terrestrial microorganisms space, visited another planet and in an unknown way were transformed in its atmosphere, “the report says.

Russian scientists intend to use the results of research to develop measures to protect the planet from such threats. The results of these studies have not only significant scientific interest, but also practical significance for the justification of the planetary quarantine strategy in the implementation of future interplanetary flights.

“Solar Bunnies” will help scientists from Russia quickly find differences in DNA
The principle of “planetary defense” is used in all interplanetary missions. Its purpose is to prevent the biological contamination of other planets and the Earth by microorganisms returning from outer space. The first requirement for special processing of space technology for interplanetary research was introduced in 1958 by the National Academy of Sciences of the United States. In 1959, the Committee for Space Research (COSPAR) took over the function of providing planetary protection. In 1967, the United States, the USSR and other countries signed an agreement to avoid man-made panspermia (the introduction of terrestrial life on other planets), as well as adverse changes in the Earth’s biosphere due to reverse pollution. There are five categories of planetary protection divided into subcategories. Depending on them, the spacecraft sent to study a particular celestial body is sterilized to the required purity.

Eggs of crustaceans in space

Eggs of crustaceans and caviar of African carp fish also managed to survive in outer space for 2.5 years, the national report on the results of fundamental space research in Russia, which will be presented in the US, says.

“Surveys were conducted on the survival of resting stages of animal organisms: diapausing eggs of several species of invertebrates belonging to three orders of crustaceans, cryonobiotic larvae of chironomidae and caviar of carp-fish … In each of the detachments, reliable results were obtained for successfully experiencing the effects of space factors by resting stages of inferior crustaceans. so, some species could not survive a long stay in the open space, “- said in the materials.

According to the report of Russian scientists, the embryos of inferior crustaceans possessing the ability to experience conditions of outer space have a higher content of diasahars, a minimum water content in the egg (the possibility of development upon return to Earth was noted only in dried embryos), deep diapause (maximum stop of physiological metabolism) .

Eggs of crustaceans and fish eggs were returned to Earth after 31 months in space. The “revival” of embryos was carried out on the basis of the laboratories of hydrobiology and experimental entomology of the Zoological Institute of the Russian Academy of Sciences. Studies of the contents of diasahars were carried out in the laboratory of the National Agrobiological Institute of Japan, the document says.