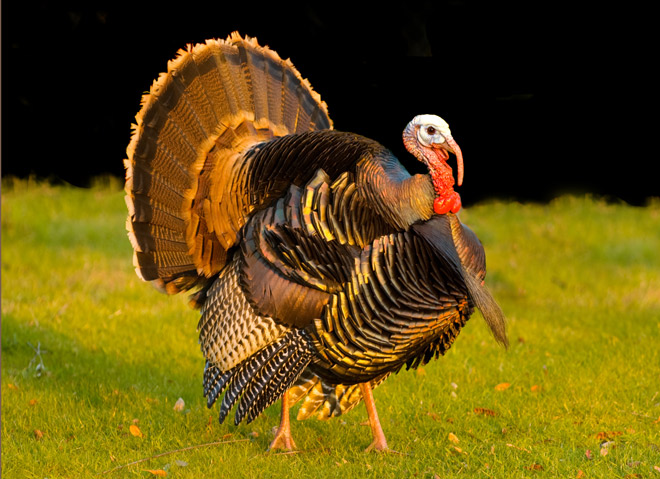 About ten years ago the small pack of turkeys has located in the city of Davis (the State of California, the USA) in the territory of the local cemetery. For the first time birds have caused indignation of Californians when they were found behind eating of flowers on graves. Then turkeys became more and more and they behaved more and more aggressively.

So far the angry birds walking across all Davis there were about one hundred. And here, this week, the city council has decided destiny of feathery instigators of disorders. According to a verdict of inhabitants, turkeys will catch and will move, and the most violent, perhaps, will kill.

In recent months the police repeatedly received complaints from victims. As the Sacramento Bee newspaper reports, turkeys disturbed pedestrians, blocked off the traffic and ate landscape plantings. One man has been actually driven into the corner by attacks of an aggressive bird, and the nine-year-old boy was afraid to go outside.

Residents of Davis with love treat the wild nature, have constructed the tunnel for toads and have protected the habitat of hares, but turkeys the behavior and growth of number have exhausted all patience. By the way, males can grow to 110 centimeters weighing 8 kilograms.