AI can come into conflict with the human race 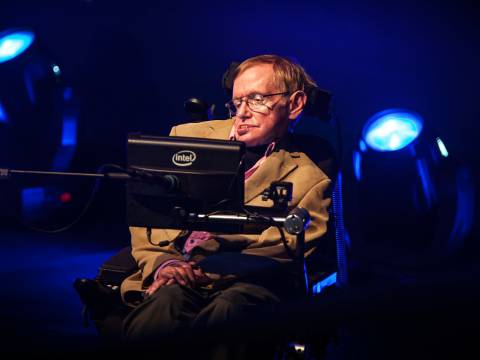 The famous British theoretical physicist Stephen Hawking believes that artificial intelligence can come into conflict with the human race.

At the opening of the Center for the study of artificial intelligence and the future of humanity in the University of Cambridge 74-year-old popularizer of science Stephen Hawking is once again shared his thoughts about the creation of thinking machines.

British theoretical physicist finds an ambiguous role in the history of mankind of artificial intelligence. “We can’t predict what could be achieved in the case of amplification of our intelligence is artificial, – quotes the words of Hawking newspaper Daily Express. – Perhaps with the help of the tools of this new technological revolution we will be able to partially compensate for the damage caused by a previous revolution – industrial”.

Center for the study of artificial intelligence and the future of humanity was developed jointly by Cambridge and Oxford universities, Imperial College London and the University of California at Berkeley.

On the one hand, as scientists believe that AI can be used to combat disease and eradicate poverty and it will transform all aspects of our lives. On the other hand, creating AI could be the latest technological revolution, if humanity does not learn to control risks.

“Along with the benefits of artificial intelligence also entails threats, such as powerful nuclear weapons, or the possibility for the few to oppress the majority” – said Hawking. In the end, this can lead to serious problems in the economy”.

Moreover, Hawking did not rule out that the AI “can improve itself” and come into conflict with people. “In short, the growth of a powerful artificial intelligence will either be the best or worst thing ever to happen to humanity,” concluded the scientist.