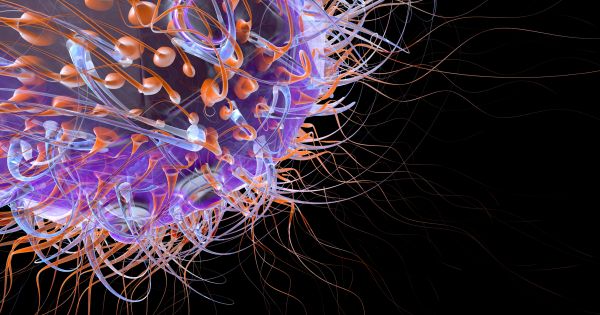 We are surrounded by viruses. They are everywhere. And we classified hardly a tiny part of their huge species diversity. These microscopic organisms can survive only within the living carrier, and at the same time can harm our bodies. Nevertheless, this is not the only reason why scientists are puzzled by them. Now we know that viruses can be involved in non-viral diseases, such as cirrhosis of the liver or even chronic fatigue syndrome, as, indeed, with inflammation of the intestines, but we still do not understand how they do it.

In view of the impossibility of laboratory breeding of viruses, researchers have to go down to the metro and to the sewage system for sampling in search of new species. But picking out individual microbes from the mud is a slow process and it can not help researchers in understanding the behavior of rapidly developing viruses.

And then artificial intelligence comes into play. Machine learning is a form of artificial intelligence used in the identification of complex patterns. The algorithm for the beginning is taught, passing through it a considerable amount of data before it becomes autonomous and it can be started to be used to study arrays of genomes in search of new viruses.

For example, Nature magazine reports that bioengineering specialist David Amgarten, working for the University of San Paolo in Brazil, has used machine training to identify viral genomes in manure piles of the city zoo. He told the magazine that he uses his discoveries in order to understand how viruses can help decompose organic matter and make composting more effective.

To this work he was inspired by a tool created by Jee Ren, a digital biologist at the University of Southern California of Los Angeles, who applied his algorithm by examining and comparing the stool samples of healthy people and people suffering from cirrhosis. His team found that some viruses are more common in healthy people than in patients with cirrhosis, and this is the key to the fact that viruses can play a role in the disease.

Nature argues that discoveries like those made by Jen Ren awaken in scientists the interest in the ability of viruses to affect such elusive diseases as chronic fatigue syndrome and inflammatory bowel diseases, which only in the US affect about 3 million adults. Immunologist Derya Unutmaz, who works at the Jackson Genetic Medicine Laboratory in Farmington, Connecticut, supports these assumptions by observing how viruses can cause inflammatory reactions that can damage our metabolism and the immune system.

From the definition of the role of viruses in non-viral diseases and to the comparison of viruses with specific families of bacteria to combat their resistance to drugs, artificial intelligence can revolutionize our study of the world of such miserable organisms that sometimes play a very significant role in our lives.