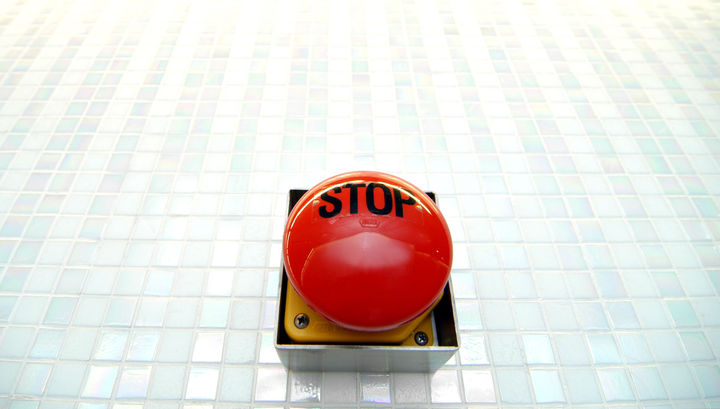 Science fiction gave us two imaginary world which are dominated by artificial intelligence (AI): in the first morph into menacing killers rebelling against people in the second – in indispensable person. Which of these plans is implemented actually, we can only guess. However, many experts believe that we must be prepared for anything.

So, Google DeepMind sure to deal with AI will only “red button” to turn off the dangerous robots. They want to invent a technology that will stop the AI if it tries to go too far in “helping” humanity. Important point: the future, the system will need to be able to prevent the AI to block signal transmission on pressing “the red button” person.

Every year cars become more and more “smart” thanks to the achievements of such companies as Google, Facebook, Microsoft and many, many others.

But the agents AI, as they are sometimes called, have become “a nightmare” for many scientists, who see him as a threat to humanity. For example, the CEO of Tesla Elon Musk (Elon Musk) and the famous astrophysicist Stephen Hawking (Stephen Hawking) very wary belong to AI. In the future he can overtake human capabilities and who knows where it will lead.

Many researchers and futurists argue seriously that the car, contrary to the plans of the people can become more intelligent “race” and begin to control the man.

In the world there are already examples, when AI defeated the human mind, for example, in chess or go game. Automation becomes more prevalent, and people do trust her a part of their work. This, in turn, contributed to the emergence of concerns regarding the possible mass unemployment.

In this regard, the London lab Google DeepMind, learning AI, conducted a study to determine whether people simply give up on self-learning robots or no.

Recall that two years ago, Google acquired DeepMind, a company which develops artificial intelligence. She became famous due to the fact that its employees have developed a computer system AlphaGo, and she was able to outwit the go player.

A new project connected to their work, scientists from Oxford University. The researchers want to make sure that the products AI does not interfere with human activities. The document about the study is open to everyone to read it.

Scientists say that it is not a secret that any machine can fail and begin to behave in a stubborn manner. And what will happen if AI’s fail, we can only guess. Thus, the “red button” to prevent any possible negative outcome.

The study’s authors ― a scientist from Google DeepMind Orso Laurent (Laurent Orseau) and Stuart Armstrong (Stuart Armstrong) from the future of humanity Institute of Oxford University’s Future of Humanity Institute). They note that if the agent is working in real time even under human control, the operator just need to be able to use the “red button”. The only way he will be able to prevent a harmful sequence of actions of the agent are injurious to himself and the environment, to restore the safe state of the agent.

The researchers in the article argue that work on “base” which will allow people to safely and repeatedly to interrupt the AI. They clarify that “safe interrupt” will be useful to take control of a robot who started to behave not according to instructions or bring him out of a difficult situation.

However, scientists have yet to figure out how to make it so that AI does not let its temporary shutdown, experts say.