Aircraft from graphene will appear within 10 years 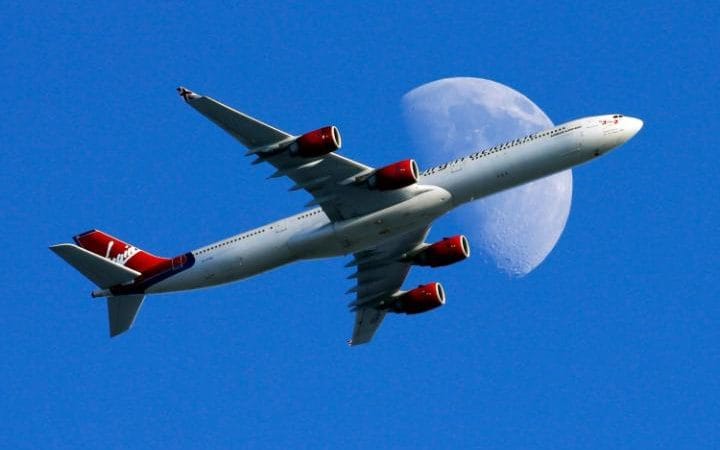 Richard Branson comes out with an initiative for 10 years to launch the production of aircraft from graphene, which is called “miracle material.” Air carriers for the last year began to spend 50 percent more fuel and need lighter aircraft.

The president of Virgin Atlantic, who founded his airline in 1984, refers to the super-light material as a “breakthrough technology,” which, he said, will revolutionize the aviation industry and change the pricing policy.

During an interview in Seattle, from which the British airline recently began to make regular flights for the first time, Richard said: “Graphene is even lighter [carbon fiber] – many times lighter and stronger. I hope that graphene will become a material for future aircraft in 10 years. They will be easier than modern aircraft, which, in turn, will affect the fuel consumption. ”

Graphene is a graphite layer of carbon atoms one atom thick, connected to a hexagonal two-dimensional crystal lattice. The material has many applications, and is said to be as light as a feather, but stronger than steel.

The entrepreneur promotes the idea of ​​graphene planes in the same way as he had previously urged Airbus and Boeing to create carbon fiber aircraft, which he eventually succeeded in. One of the recent developments of the Boeing 787 Dreamliner, which serves the Virgin route from London (Heathrow Airport) to Seattle, is 50 percent carbon fiber and other composite materials, unlike the traditional aluminum structure. As a result, fuel consumption compared to standard aircraft fell by 30 percent.

Branson says that the airline is forced to abandon the construction of hydrocarbon fiber in favor of cleaner fuel.

Virgin Atlantic operates with a specialist in the field of clean fuel Lanzatech and develops a biochemical process by which coal waste products will be processed into ethanol, which is subsequently used to create jet fuel.

Although the effectiveness of the technology has yet to be assessed, Virgin management hopes that it will help radically change the procedure for obtaining fuel for aircraft.

Branson continues: “If you take all the rubbish that falls from the pipes of steel and aluminum plants, and recycle it into aviation fuel, it will provide fuel for 30-40 percent of the aircraft. The question is whether it will be possible to calculate everything in such a way that something really will change. ”

He shared his thoughts after Virgin Atlantic CEO Craig Krieger acknowledged that the airline this year will suffer losses due to high fuel prices and low profits due to the weakness of the pound.