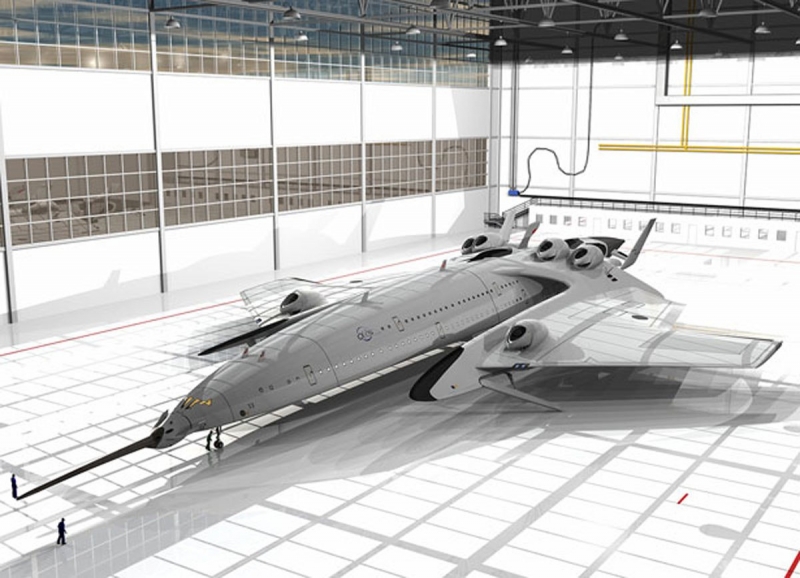 If current successes of the aircraft industry do not impress, get acquainted with the Spanish designer and project designer Oscar Vinalsa (Oscar Viñals). Designed Vinalsom jetliner Flash Falcon fly through fusion engines. Of course, the technologies have yet to be created, but it does not stop the designer.

Vinals surprised the world with their projects before. Concepts airliner Sky Whale and cargo aircraft GIGAbay remembered by many.

Design Flash Falcon anticipates the future, when the compact fusion reactors will be able to give an enormous power. Link to these engines will create a super high-speed turbines equipped with special combustion chambers. Engine power will be enough for a vertical takeoff and landing. At cruising altitudes Flash Falcon can easily gain a supersonic speed of Mach three. At this speed, the journey from Paris to New York will take about three hours. According to the draft, the plane Vinalsa be able to take on board more than 250 passengers, which will be placed on two decks.

Wings Flash Falcon can change the geometry and angles to the axis of the fuselage. Booth plans to equip Vinals holographic windows that give pilots unprecedented breadth of the review. Vinals even invented a special noise reduction system, which will protect people on board when Flash Falcon will overcome the sound barrier.