Alcohol was able to extend life by half 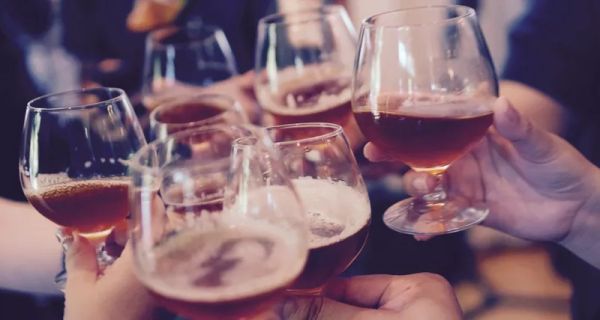 True, this applies only to nematodes so far, but scientists hope to use the discovery to extend the life of human cells as well.

True, this applies so far only to nematodes, but scientists hope to use the discovery to extend the life of human cells.

Nematodes or roundworms of the Caenorhabditis elegans species, widely used in scientific research as a model organism, have a remarkable feature – under extreme conditions, they enter the stage of the so-called Dauer larva, which is isolated from the environment and can survive without food for about four weeks.

For a long time, biologists were convinced that the Dauer larva is a completely isolated system that does not support any metabolism with the environment. However, a research team led by Teimuraz Karchaliya of the Max Planck Institute for Molecular Cell Biology and Genetics found out of the blue that if these larvae were placed in an alcohol solution, their lifespan increased significantly.

Scientists have found that worms in this state are able to take alcohol from the environment and assimilate it. As a result, they have changes in their metabolism – ethanol is sent to adipose tissue, where amino acids and sugars are produced from it, and the resulting energy provides nutrition. In addition, alcohol helps worms survive dehydration, as it produces the disaccharide trigalose, which helps to restore organisms after a long dry state.

But despite the increased life expectancy and the fact that alcohol is, in fact, an unlimited source of energy, including in natural conditions, the larvae eventually died anyway. To find an explanation for this phenomenon, biologists turned to their colleagues from the University of Erlangen-Nuremberg and the Center for Physics and Medicine of the Max Planck Society. A scientific group led by Dr. Vasily Zaburdaev built a mathematical model of the metabolic pathways of Dauer larvae, with which it was possible to predict their lifespan at various concentrations of ethanol and possible mutations in the metabolic system. As a result, scientists came to the conclusion that the cause of death of worms is the accumulation of toxic compounds.