All bees on Earth will soon die out, say scientists 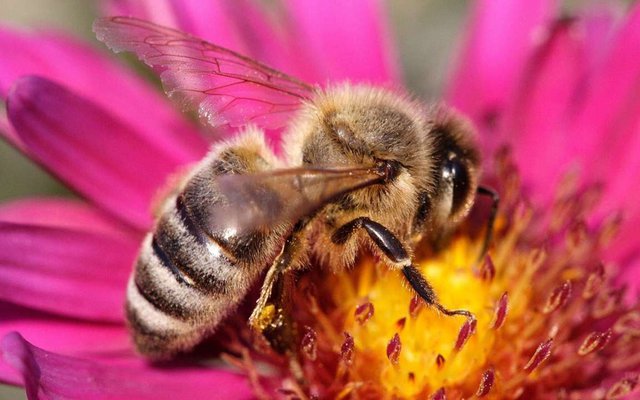 Overheating of hives, associated with global warming, will be the main cause of the mass death of bees on all the continents of the Earth in the coming years, environmentalists say in an article in the journal Functional Ecology.

“If the Earth’s temperature to rise as much as predicted by climate scientists, the bees will be on the verge of extinction, due to the fact that they will rest in their physiological limits. The bees will completely disappear in the warmer regions of their habitat. This prospect is sobering and frightening us “, said scientist Paul Karadonna from Northwestern University in Evanston (USA).

In recent years, scientists have noted a rapid decline in the number of domestic and wild bees in all continents, except Antarctica, where the bees simply do not live, said RIA Novosti. Over the past five to ten years, the population of wild bees declined by 25-30%, and the number of their home relatives in the US only halved in 2015.

In the main “killer” bees called several circumstances – global warming, parasitic mites of the genus Varroa, spread the virus, deforming the wings of insects, pesticides and the mysterious “collapse syndrome of colonies”, the development of which the worker bees suddenly throw the uterus and leave the hive.

Karadonna and his colleagues tried to find out what role climate can play in all these processes. To do this, scientists have turned from the wooden bars of several “mini-hives” and placed them in one of the arid mountainous areas of Arizona, which today are disappearing last colonies of wild bees, osmium (Osmia ribifloris), the main pollinators of blueberry.

These insects, unlike their home “cousins”, lead a solitary life and rarely meet other individuals. They build their nests inside stumps, snail shells, cracks in rocks and other natural nooks where bees create small food reserves and lay eggs.

The ecologists decided to check what will happen if the temperature inside such “incubators” increases or decreases, while the larvae begin to grow. To do this, the scientists painted a third of the hives black, raising the temperature in the hive a few degrees, and the other hives left clear or coated with white paint, which “returned” the bees in those climatic conditions that existed in Arizona in the middle of the last century.

“Decorative” changes seriously affected the life of bees in the next two years. Insects living in black hives almost completely died out: 35% of bees died in the first year, and over 70% of the remaining ones died in the first year. However, osmium, living in normal or white hives, continued to thrive, and only 1-2% of them died before the bees managed to continue the genus.

The reason for the mass death of bees was that the high temperatures inside the hive “deceive” the body of insects and do not allow them to fully immerse themselves in hibernation. As a result, bees quickly burn fat stores and wake up in the spring in a very weakened state. While this phenomenon almost does not affect the life of bees in natural hives, however, the situation can become catastrophic in the coming years, when temperatures of the “black” hive will become the norm for the whole planet. In this case, many species of bees can disappear from all warm regions of the planet, where the moderate climate used to prevail, scientists conclude.