All carbon life on Earth – an alien 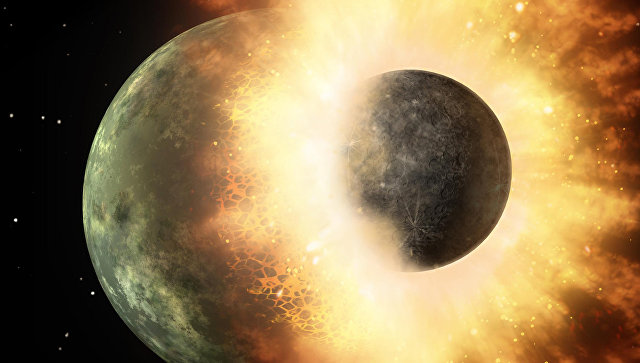 All of the carbon, from which people and all living creatures came to the surface of the Earth as a result of its collision in the distant past with the embryo of a planet the size of mercury.

According to modern views, the Earth and other planets of the Solar system was formed in the first few hundred million years of its life inside the nebula gas and dust that surrounded the newborn Sun. At the beginning of its life, the Earth was a molten ball, the surface of which simply could not exist volatile elements and compounds including water, carbon and nitrogen compounds.

We showed in our previous works that if the native carbon of the Earth does not evaporate into space at a time when the planet was molten, then it would be all he was inside the metal core of the Earth as compounds and alloys of iron, well mixed with carbon, ” explains Rajdeep Dasgupta (Rajdeep Rasgupta) from Rician University (USA).

The question arises, why, then, all these substances occur on the surface of the Earth and in the earth’s crust in great abundance. On this account scientists have several theories, and, for example, the presence of water on Earth due to the fact that it could bring to our planet asteroids and comets, bombardirovschika the surface of the Earth approximately 3.8 billion years ago.

Such theories, according to Dasgupta and his colleagues can’t explain the presence on Earth of large quantities of carbon and sulfur, whose share in the rocks of the crust and mantle do not coincide with those that predict the theory of the formation of the Earth and its bombardment of small celestial bodies.

Trying to understand how the Land could purchase their current carbon and sulphur wealth, the authors remembered about popular models of lunar formation that explain similar oddities in its chemical and isotopic composition. According to her, the Moon arose as a result of collision of proto-Earth with the embryo moons, protoplanets by Theia.

One result of this clash was the mixing of breeds theis and proto-Earth and the formation of the moon and our planet in their current form with a relatively unique proportions of isotopes of various metals and light elements. Following this idea, Dasgupta checked what happens if you push the Ground with miniature analogues of mercury and Mars, whose kernel contain a lot of sulfur and silicon, creating miniatrue counterparts of the cores of the planets in the early Solar system.

As shown by experiments with these materials, the collision of a large enough nucleus of the planet, similar to mercury in its composition, will lead to the fact that his heavy iron-silicon – literally drown and connect with the core of the Earth. As a result, the core will become saturated with silicon, which will push more easy the carbon side of the mantle and crust, where it also gets carbon from the upper layers of the rocks of this protoplanetary bodies.

As a result, we can say that all surface carbon and sulfur, which today form the basis of life on Earth are of alien origin. How do you think Dasgupta and his colleagues, many other volatile and light elements could be as listed this protoplanets, not born along with the rest of the Earth. 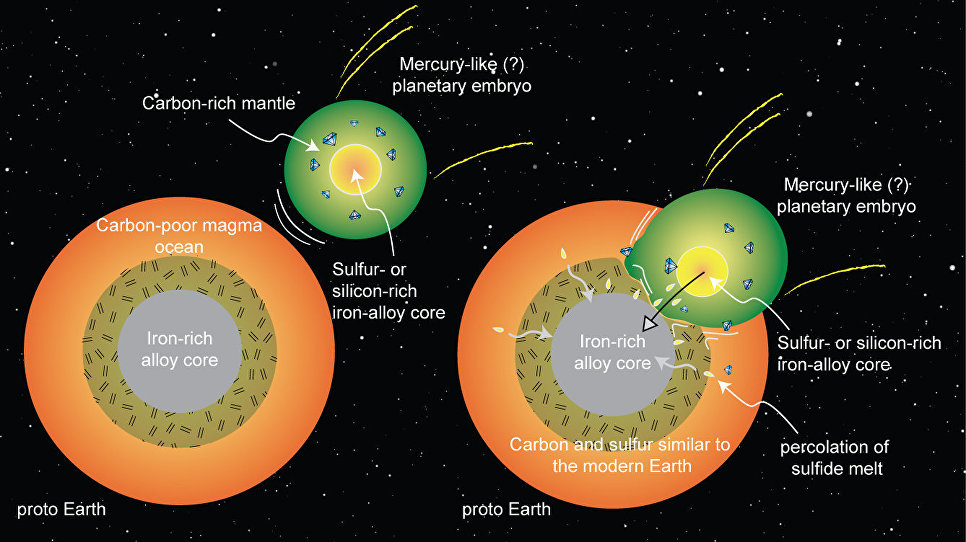 Drop the proto-planet is mercury to Earth