All existing definitions of life incorrect

Many of us don’t need to think to distinguish living things from “non-living”. People live in stone — no. It’s simple! However, scientists and philosophers do not believe that such a simple distinction can be limiting, no pun intended. They spent thousands of years trying to figure out what makes us alive. Great minds, from Aristotle to Carl Sagan offered his explanations — and still not come up with a definition that would satisfy everyone. Literally we don’t have a “sense” of life.

In any case, the problem of defining life has become more difficult over the past 100 years or so. Until the 19th century one of the most common ideas was that life becomes animated thanks to the “life spark”. Now, of course, this idea lost its weight in the scientific community. It was replaced by more scientific approaches. NASA, for example, describes life as “a self-sustaining chemical system capable of Darwinian evolution”.

But the attempt to pin down NASA all my life in one simple description is just one of many. Offered over 100 definitions of life, most of which focused on a handful of simple attributes, like replication and metabolism.

What’s worse, scientists from different disciplines have put forward different ideas about what you need to define something that is living. Chemists say that life is reduced to certain molecules physics to discuss the thermodynamics.

To understand why life is so difficult to define, let’s meet with some scientists who are working on the definition of the boundaries that separates living things from nonliving. 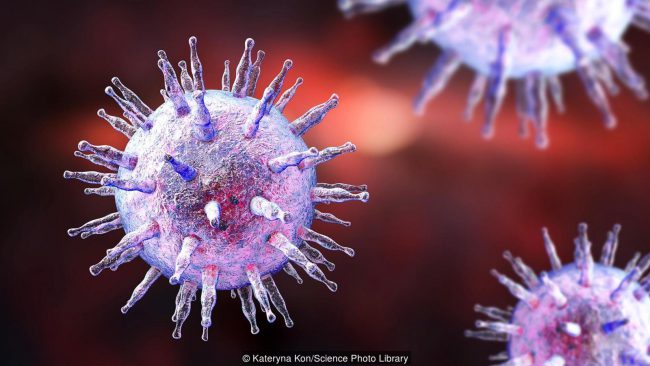 Virologists: exploring the gray area on the borders of life known to us

While this is a useful start to define life, it goes beyond this. There are many things that we could cram into this framework and be called alive. Some crystals, infectious proteins — prions and even certain computer programs are alive, based on those seven principles.

A classic example of an edge — viruses. “They are not cells they have no metabolism and they remain inert until then, until you face the cells, so many people (including many scientists) conclude that viruses are not alive,” said Patrick Forter, a microbiologist at the Pasteur Institute in Paris, France.

The Forter believes viruses are alive, but recognizes that the decision depends on where you decide to put the cutoff point.

Although viruses lack many things necessary to the entrance to the club life, they have information encoded in DNA or RNA. It is a strong marker of life that is available to every living creature on the planet, which suggests that viruses can evolve and multiply — however, breaking living cells and invading them. 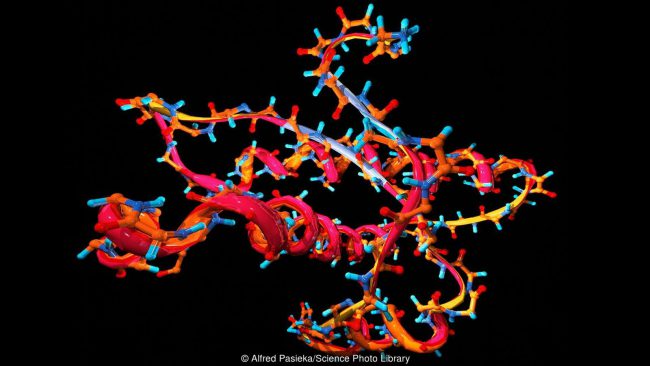 The fact that the virus — as all we know of the life — transfer DNA or RNA, has led some to think that viruses should take place in our tree of life. Others said that the virus kept secrets of the emergence of life. And then life ceases to seem black and white and becomes rather vague value with the not quite alive and not quite dead borders.

Some scientists took this idea. They characterize viruses as existing “on the border between chemistry and life.” And that raises an interesting question: when chemistry became more than the sum of its parts? 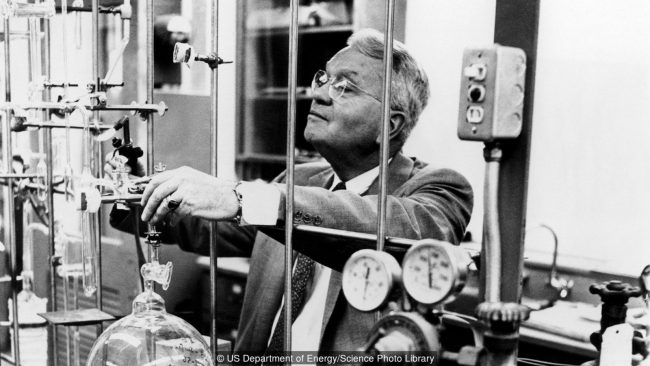 Chemists: study the recipe of life

“We know life is based on polymers with carbon-based,” says Jeffrey Bada of the SCRIPPS institution of Oceanography in San Diego, California. Of these polymers, namely, nucleic acids (building blocks of DNA), proteins, and polysaccharides — has grown literally all the diversity of life.

Bada was a student of Stanley Miller, one half of the Duo that was behind the experiment the Miller — Urey in the 1950-ies one of the first experiments, the task of which was to clarify the process of emergence of life from non-living chemicals. Since then, he has returned to this famous experiment demonstrated even greater range of biologically suitable molecules that are formed when electricity is passed through a mixture of chemicals believed to have existed on primitive Earth.

But these chemicals are not alive. Only when they start to do some interesting things like selections or killing each other, we allow them such an honor. What is needed for substances to make the jump to life? Supplements have got a pretty interesting answer.
“Imperfect replication of information molecules could mark the origin of life and evolution and implement, thus, this transition from non-living chemistry to biochemistry. The beginning of the replication, in particular replication with errors marked the beginning of “offspring” with different abilities. These molecular offspring could then start to compete with each other for survival.

For many chemists, this means that replication — a process that viruses can only be carried out by using biological cells — helps to determine life. The fact that information molecules — DNA and RNA — provide replication, suggests that they are the most important feature of life.

But the characterization of life on those particular chemicals will not open the larger picture. Known to us of life may be required of DNA or RNA, but what about the life that we are not yet known?

Astrobiologists: the hunt for strange aliens 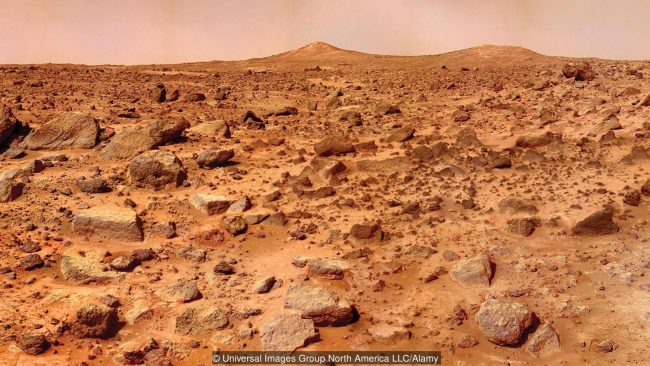 To determine the nature of alien life is very hard. Many scientists, including Charles Cokell and his colleagues from the Centre for astrobiology at Edinburgh University, uses micro-organisms that can survive in extreme conditions as the test specimens of extraterrestrial life. They believe that life elsewhere may be completely different conditions, but, most likely, will inherit the key features of the life we know on Earth.
“But we need to keep an open mind to the possibility of discovering something that just falls out of this definition,” says Cockell.

Even attempts to use our knowledge of life on earth, to try to find aliens, can lead to mixed results. NASA, for example, believed that have a good working definition of life in 1976, when the spacecraft “Viking 1” was successfully set down on Mars, being equipped with three experiments for life. One test in particular showed that Mars had life: the level of carbon dioxide in the Martian soil was high, and so it lived and breathed the germs.

But what he saw on Mars carbon dioxide is now widely due to the much less fascinating phenomenon of oxidative abiotic chemical reactions.

Astrobiologists have learned from these experiments, and narrowed the criteria used to search for the aliens — but their searches are unsuccessful.

However, astrobiologists should not be too hard to narrow down the search criteria. Sagan believed uglevodorodnyi search of aliens “carbon chauvinism,” believing that this approach will be very narrow-minded.
“People have suggested that aliens might be silicon-based, or use other solvents (not water),” says Cockell. “Even talking about extraterrestrial intelligent cloud-based organisms”.

In 2010, the discovery of bacteria with DNA containing arsenic, instead of phosphorus, was responsible for many astrobiologists. Although this finding since no time questioned, a quiet hope that life doesn’t follow the classic rules. At the same time some scientists are working on life forms, which are generally not based on chemistry. 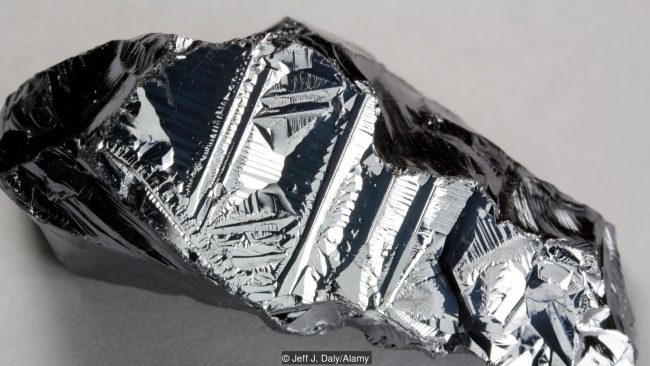 Once the creation of artificial life was entirely in the power of science fiction. Now a full-fledged branch of science.

From time to time new organisms in the lab can create biology, simply connecting together parts of two or more known forms of life. But this process can be more abstract.

Since then, as in the 1990-ies the computer program Tierra by Thomas ray tried to demonstrate the synthesis and evolution of digital “life forms”, the scientists try to create computer programs that do mimic life. Some even begin to create robots with features similar to life.
“The General idea is to understand the essential properties of all living systems, not just living systems, which have been found on Earth,” says an expert on artificial life mark BEDO from reed College in Portland, Oregon. “This is an attempt to cast a very wide view on what constitutes life, while biology focuses on real forms with which we are familiar”.

Of course, many researchers in artificial life are using everything we know about life on Earth, as the basis for their research. BEDO says that researchers use the so-called “model PMK” program (e.g. DNA), metabolism and container (e.g. the cell wall). “It is important to note that this is not the definition of life in General, the simplest definition of minimal chemical life,” he explains.

Working on non-chemical forms of life, scientists are trying to create a software or hardware component versions PMK.
“Basically, I don’t think life has a clear definition, but we need something to strive for,” says Steen Rasmussen, working on artificial life at the University of southern Denmark in Odense. Groups from all over the world worked on different components of the model PMK, generating system, showing one or another aspect of it. So far nobody has managed to gather all this in a functioning form of synthetic life.

“This process from the top down, building piece by piece,” he explains.

The study of artificial life will be useful and more broadly, to create a life that is completely foreign to us. Such studies help us to clarify our knowledge of life. But it is too early to talk about results.

Philosophers try to solve the mystery of life 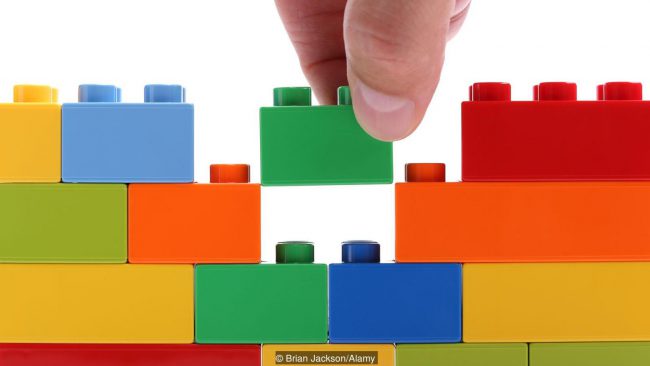 Well, even if those looking for and trying to create new life, not concerned about the universal its definition, whether you want scientists to stop worrying about the definitions to one? Carol Cleland, a philosopher at the University of Colorado at boulder, thinks so. At least for a while.
“If you’re trying to generalize mammals using a Zebra, what line would you choose?”, she asks. “Definitely not her Breasts, because they are only half. Their stripes seem to be the obvious choice, but they are just random. That’s not what makes zebras mammals”.

The same with life. Maybe the things we consider important, in fact pertain only to the life on Earth. In the end, everything from bacteria to lions, descended from a common ancestor, and therefore that the Universe our lives are just one point in the data.
In the words of Sagan: “People tend to define terms usual. But the fundamental truth can be confusing”.

While we have not found and have not studied alternative forms of life, we can’t know what the warning signs are important to our lives really is universal. The creation of artificial life can offer a way to explore alternative forms of life, but, at least in the short term, it is easy to imagine how all life is created on a computer, will affect our beliefs about living systems.

To define life precisely, we need to find aliens.

The irony is that the attempt to define life before we find them, can complicate the process of finding them. How tragic would happen if in 2020 years of the new Mars Rover would pass through the Martian just because it does not recognize a living being.

Look up the definition of life may prevent the search of a new life. We need to move away from our current concept and be open to the discovery of life, even if we do not know or do not know.