All roads lead to Rome: unique finds in England and Japan 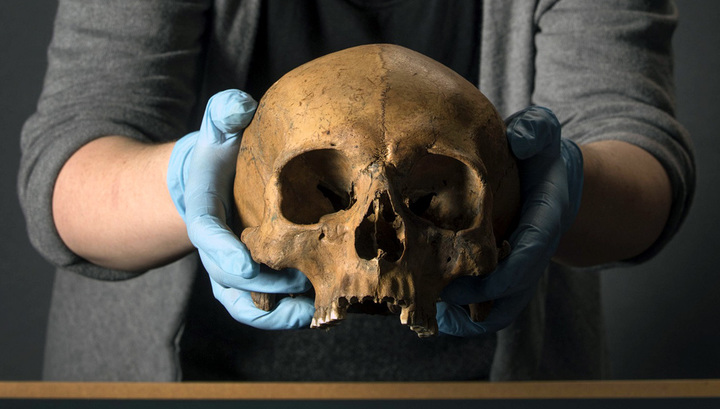 Two news have almost come from different parts of the world at the same time: in Japan and in England archeologists have found out “what can’t be”. Both finds – the first and unique, they became absolute surprise for scientists. Archeologists declared the opening with a delay – both Japanese, and British needed time for conducting various examinations and search of historical justifications.

Let’s begin with Japan: at excavation of the medieval castle Katsuren on the island of Okinawa has been found ten coins. All coins so old and worn-out that the descent didn’t manage to define their origin. Bank notes have sent for cleaning, preservation and a computer tomography. Five of ten coins still at a studying stage, one more was Turkish (The Ottoman Empire, the 17th century) that is very curious, but on a sensation doesn’t pull. Four remained coins – a find from area of a fantasy: they are ancient Roman.

In Japan which didn’t have contacts with Europeans up to the second half of the 16th century nothing similar was found before. Copper coins about 2 cm in the diameter have been rapped out in the 4th century, on one party the emperor Constantine I, on another – the soldier with a spear is represented. The lock Katsuren functioned from XII to the 15th century, the Roman coins have been found in an occupation layer of the XIV-XV centuries together with splinters of the Chinese ceramics. 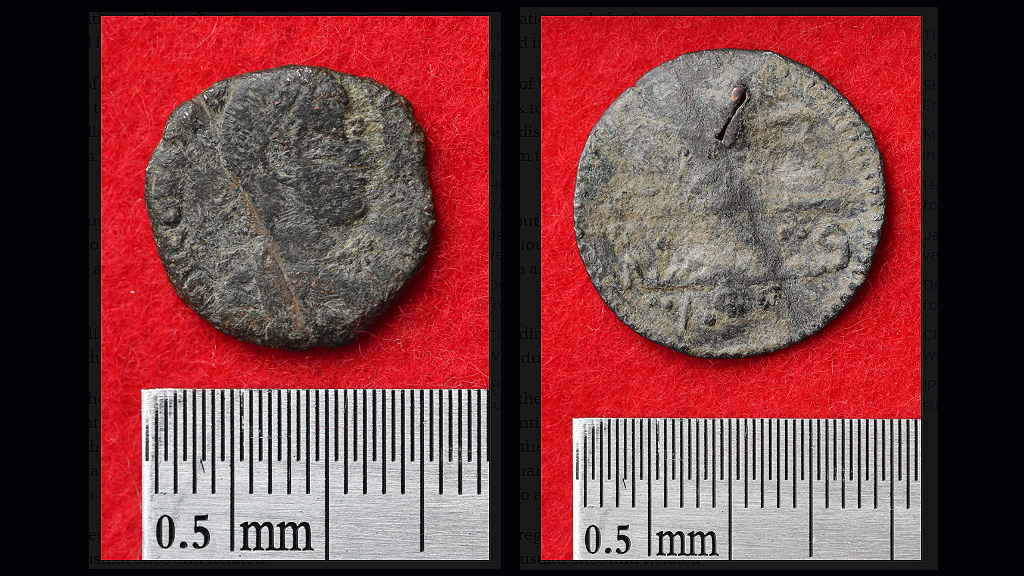 Nakhodka is sensational, and an explanation, at first sight, simple: the lock Katsuren never was Japanese. It was in ownerships of the medieval state of Ryukyu, vassal in relation to China and still of quite independent. Ryukyu existed due to free sea trade with Celestial Empire and other powers of Southeast Asia. The island of Ryukyu Islands (from which Okinawa – the largest) are poor in natural resources therefore trade and maintenance of business relations with neighbors including “barbarous” Japan, long time were guarantee of survival of the small state. Blossoming of the international sea trade had just for the XIV-XVI centuries: after Ryukyu passed under the Japanese influence, the place the ryukyuskikh of dealers to the sea took European, over the years independence of Ryukyu turned into a fiction more and more until the archipelago finally was a part of Japan at the end of the 19th century.

“Inhabitants of the lock Katsuren could bring these coins from any Asian country which had during this period the developed contacts with the Western world”, – the representative of the local Ministry of Education reported the The Asahi Shimbun edition.

Why someone from dealers needed to carry to Okinawa copper coins of thousand-year prescription – still unclear. Yasuhiro Yokkaichi, the historian from the Tokyo university Vaseda, asks not to hurry with conclusions too: “The Roman coins already found in the countries of Southeast Asia so they really could get to Okinawa through dealers. And still I ask the scientists who are engaged in excavation and studying of these coins to consider other possibilities – for example that for last centuries of a coin appeared in others occupation layer”.

The lock Katsuren was destroyed and left in the 15th century how there the Ottoman coin of the 17th century – too a riddle got. It was found on other site of excavation, and archeologists are almost sure that it has no relation to the Roman coins: it was delivered to Okinawa much later. Perhaps, studying of five remained coins will give to scientists new hints. 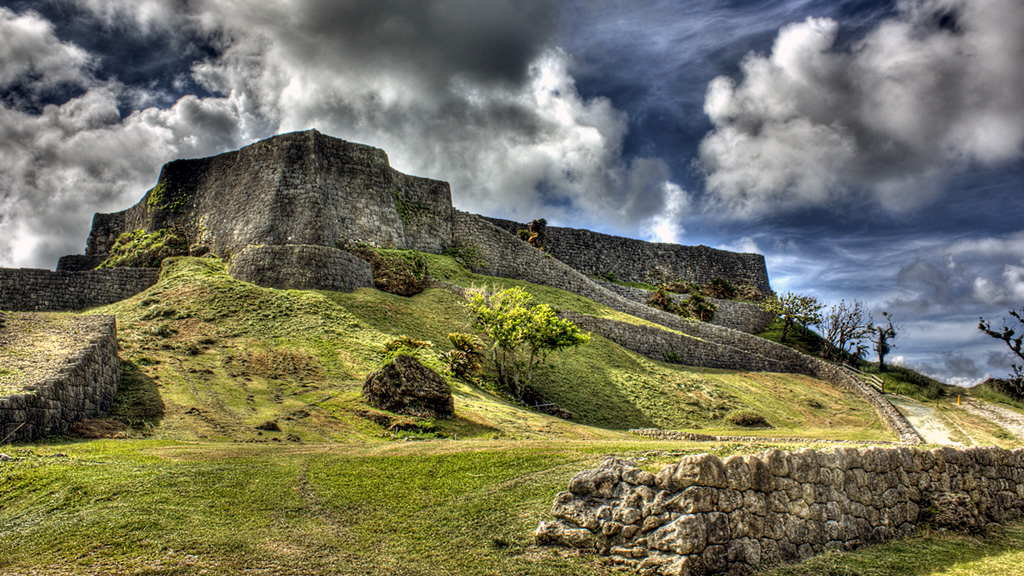 The British archeologists stay in similar confusion. Studying the human remains found at the cemetery of the Roman period in the suburb of London they found two “impossible” skeletons. Judging by results of the carried-out analyses, together with ancient Londinium’s inhabitants two Asians, most likely – natives of China were buried. The message on a find is published on the website Phys.org.

Burials date the II-IV centuries of our era: The Roman Empire didn’t lose the power yet, and commercial intercourses with the East were very active. Why this find can change traditional understanding about cross-cultural communications of the time?

“Nakhodka is absolutely phenomenal. We for the first time identified remains of natives of Asia in the territory of the Roman Britain”, – Rebecca Redfern, the curator of department of osteology in case of the Museum of archeology of London says.

It is the first find such in England and the second in the world: six years ago in case of excavation of the Roman cemetery remains of the man of an East Asian origin were found in Vanyari (Italy). In archeology it is accepted to draw conclusions on the basis of material proofs, and still they were practically absent. Respectively, scientists considered that population shift from Asia to Europe during the Roman period was insignificant or it wasn’t at all – despite active trade along routes of the Great Silk way. An impression was made that people from Asia delivered goods, but in Europe weren’t late and returned to the native land.

The London find became a reason for review of the settled theories. It is quite probable that the series of similar opening only begin: earlier just there were no technologies for exact identification of ancient remains. 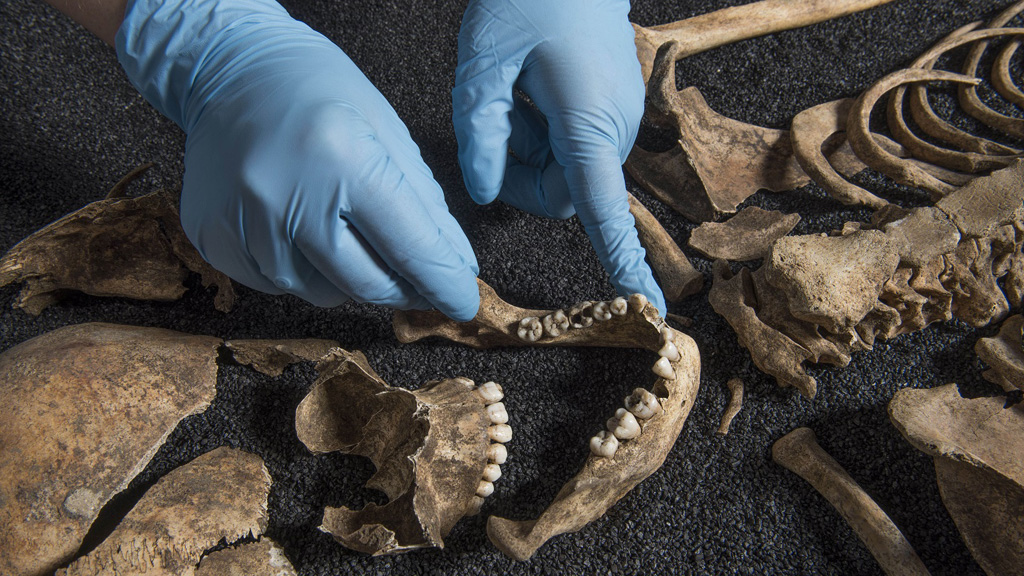 Historians and archeologists differently explain presence of two Chinese among dead men of the Roman Britain. There is an opinion that two empires could have more developed communications, than was considered still. There is an opinion that the Roman-Chinese trade could make a detour of the known routes of the Silk way. Rebecca Redfern in article for the The Journal of Archaeological Science magazine writes that “other explanation is at least plausible: these people could be slaves or descendants of slaves from Asia as we know of existence of slave trade between China and India and further between India and Rome”.

There are no doubts that the Roman Londinium was large world trade center of the time, but before was considered that the population of the city remained ethnically uniform. Now archeologists made other assumption: the context of a unique find says that the Chinese merchants could lodge in Londinium’s vicinities and even to create “national” trade communities.

The hypothesis of existence of “a community of migrants” in the southern suburb of Londinium indirectly is confirmed by the fact that in addition to two Asians at the same cemetery four natives of Africa were buried, and five were born in the Mediterranean region. Total – eleven of 22 found and researched skeletons were “not local”.

The scientific discussion already began though accessory of remains is finally not confirmed to Chinese. Conclusions of scientists are based on analysis results of isotopes of oxygen in tooth enamel and isotope composition of carbon and nitrogen in bones. Such research allows to find out in what region of people lived, than ate also what water of saws. Also reconstruction of appearance on a skull was carried out. Both methods rather informative, but less reliable, than analysis of DNA. The East Asian origin of a skeleton from Vanyari was confirmed with genetic tests whereas the British scientists only try to extract genetic material, suitable for the analysis, from remains.

Ancient Roman coins in Japan and the Chinese skeletons in the Roman Britain stirred up the scientific world of two continents. Thanks to development of technologies we have an opportunity to watch process of “revival of historical science”, on an apt expression of the Harvard historian Michael MacCormick.