All sea turtles will become females due to climate warming. 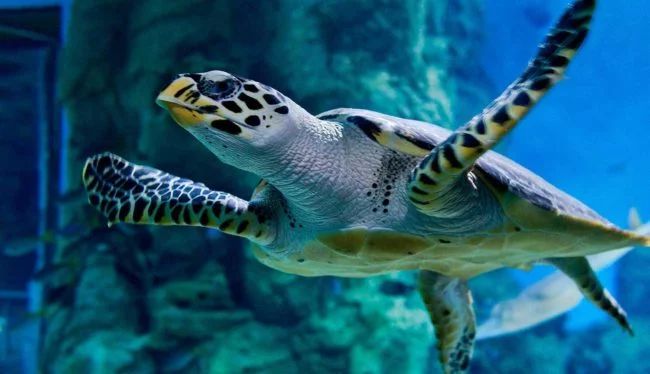 The sex of sea turtles directly depends on the temperature of the sand at the place where the eggs were laid. If the sand was warm, the female would hatch from the egg, and if it was cold, the male would hatch. This relationship seems very interesting, but scientists have found a great danger – if the temperature of the Earth continues to rise, then all sea turtles will be female. The future of the turtles depends on the mating of males and females, so that they may be on the verge of complete extinction.

The study, which allowed us to learn in advance about the danger of extinction of sea turtles, was published in the journal Biology of Global Change. Within its framework, scientists tried to find out what the life of sea turtles will be in conditions of global warming. The subject of their research was the inhabitants of the marine national park Poylan in West Africa.

The researchers announced that in the worst-case global warming scenario, more than 90% of the sea turtles in this region will be female. Even if people minimize the amount of harmful emissions and weaken the greenhouse effect, in 20 years the proportion of female sea turtles will be an impressive 80%.

Fortunately, the main author of the study, Ana Rita Patricio, has good news. She recalled that sea turtles always have a choice where to lay their eggs. If they nest on the sand warmed by the sun, of course, females will hatch from them. But if there are those who think of laying eggs in the shade of trees, the possibility of hatching males greatly increases.

Researchers are sure of this, as they conducted an effective, but not very humane experience. They placed temperature sensors on different nests, and then smashed 5 eggs in each to find out the sex of the young. Indeed, in the cold nests there were much more males than females.

An increase in the number of female sea turtles is no longer news. Previously, scientists found that the population of Pacific green sea turtles of the Great Barrier Reef in the last 20 years consisted almost entirely of females.