All the information humanity can store only DNA 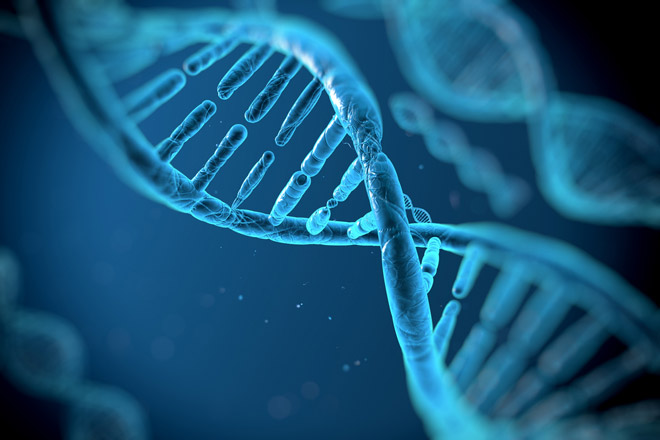 Humanity is having a huge problem with data storage. Over the past two years people have created more data than in all previous history. And this flow of information will soon surpass the capacity of hard drives.

The researchers report that they have found a new way to encode digital information in DNA. In one gram of DNA can store petabytes 215 (215 million gigabytes) of data. Thus, all the information ever created by man, will occupy a container the size of a few trucks.

DNA has many advantages for storing digital information. It is ultra compact and can be stored for thousands of years in a cool dry place. And people will always be able to decipher it. “DNA does not degrade over time like tapes or disks, and will not become obsolete,” says Yaniv Erlich, a researcher from Columbia University (USA).

Scientists maintain digital information in DNA 2012.Then genetics from Harvard University (USA) George Church, Sri Kosuri and their colleagues have encoded a book of 52 thousand words of thousands of DNA fragments, using strands from a four letter alphabet A, G, T and C to encode the zeros and ones of digitized file.

This encryption system was relatively inefficient and could keep only 1.28 petabytes per gram of DNA. Other approaches work better. But none have allowed DNA to save more than half of its maximum capacity. DNA can withstand about 1.8 bits per nucleotide of the DNA (the number does not reach the 2 bits due to a rare, but unavoidable errors reading and writing).u

Ehrlich decided that he would come closer to this limit. So If he and Dean turned to the algorithms that were used to encrypt and decrypt information. They started with 6 files, which included a complete computer operating system, computer virus, French film in 1895, entitled “arrival of a train at the station of La Ciotat” and the study of 1948 theorist Claude Shannon. At first, scientists converted the files in binary a chain of ones and zeros, compressed them into one base file and then divided the data into short chains of binary code. They developed an algorithm called “the Fountain of DNA”, which randomly wraps the chain in the so-called “drops”. To them, the researchers added additional tags to rebuild them later in the correct order. Scientists have generated a digital list of the 72 thousand strands of DNA, each 200 characters in length.

They sent them in a text file at startup “Twist Bisayans” in California, where synthesized DNA strands. Two weeks later, Erlich and If received by mail a vial of a piece of DNA, which had encrypted their files. To decipher them, the researchers used modern DNA sequencing technology. Sequences were sent to a computer that translated genetic code to binary, and again used the tags to reconvene the six original files. The technology worked so well that the new file did not contain errors.

However, Kosuri and Ehrlich noted that the new approach is not ready for large-scale use. They spent 7 thousand dollars to synthesize 2 megabytes of information in the files and another 2 thousand dollars to read it. Compared to other forms of data storage, writing and reading DNA is relatively slow.