All you wanted to know about quantum teleportation 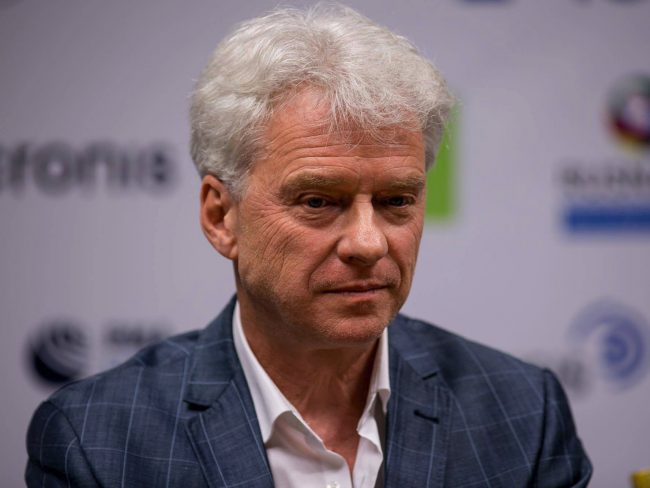 Last month, there were two interesting events in the sphere of quantum technologies: Chinese scientists teleported photons of light from a ground station to a satellite and an annual conference of leading experts of quantum physics in Moscow. The Business Insider was able to catch Dr. Eugene Polzik from the Niels Bohr Institute, one of the leading specialists in quantum teleportation, and to ask him about a variety of issues, including the outstanding success of his Chinese colleagues.

“Teleports of this kind were conducted in the laboratory since 1997, but the Chinese scientists managed to achieve this amazing technological effect at a great distance,” Polzik said.

We have long dreamed of such a technology from the Star Trek, although our intuition always said that teleportation is impossible in principle. However, the physics of our real world, in which we are daily, is not very similar to the physics of the quantum world. Here the laws of the falling stone from the cliff break and controlling the electrons and individual photons of light are completely different from what we are used to seeing. Therefore, in such a bizarre world, almost everything is possible, including teleportation. How in all this to understand? We should start with quantum entanglement.

What is quantum entanglement?

Sometimes two quantum particles are mirror-linked. Whatever happens to one of these particles, the same will happen on the other. Even if they are separated by large distances. They still remain two separate objects, but they are identical in everything. When two particles share their states among themselves, then such particles are called entangled.

“Suppose I created a couple of entangled photons,” explains Polzik.

“I leave one in my room, and the other I send using a laser to an orbiting satellite, hoping that the photon will reach its destination. Teleportation can be considered successful only when the state of entanglement of two photons is divided between transmitting and receiving stations. ”

The main technical complexity of the teleportation process is to transfer the photon to a certain distance from the entangled partner particle. In the case of the Chinese experiment, one photon was in the laboratory on Earth, and the second was successfully sent to the orbiting satellite. The changes that occurred with the photon on the Earth as part of the manipulation of scientists, also reflected on the photon in space – this is quantum teleportation in its pure form.

How to understand if the satellite received the desired photon, and not some random particle of light?

This is done relatively simply by a process called spectral filtering. It allows scientists to identify and track individual photons of light, marking them with a unique identification number.

“You know the frequency of the photon that you send, you know its direction. The satellite is directed to the source of dispatch, located on the Earth. If you have very good optical equipment on both sides, this optics sees only the source, and nothing more, “continues Polzik’s explanation.

The method of spectral filtration is indifferent to “noise” in the form of other photons. For example, during the same experiment in the Canary Islands, the transmission was conducted in a clear sunny sky.

There was a transfer of millions of photons to the satellite, but only 900 reached the destination. Why?

The further you try to send a confused photon, the less effective this process becomes. Moreover, the Earth’s atmosphere is in constant motion, so it’s easy to lose photons on their way to open space.

“Even if there was no atmosphere there, you still need to focus a beam of light so that it is aimed at the satellite. If you shine a laser pointer on the palm of your hand, the point of light will be small, but if you just remove the laser, and the point becomes bigger, it’s the law of diffraction, “says Polzik.

From the earth, light is quite difficult to break through to the cosmos (to an optical receiver mounted on an orbiting satellite). It is highly distorted, so most photons simply go nowhere.

“You can achieve successful teleportation only in a very short period of time. In a general sense, this is very impractical, but nevertheless, the methods of applying this technology can be found, “continues Polzik.

Quantum teleportation is the ability to instantly transfer data?

Not really. Teleportable objects do not disappear, and then reappear somewhere else. Scientists use the state of entanglement to transmit information about the quantum state of one photon to another. Without this information, the photon will have to physically overcome the entire distance between the transmitter and the receiver. And again, the information is not transmitted instantly. This is possible only when the sender is measuring the quantum state of his photon, thereby changing the state of the photon at the receiver. Because of quantum entanglement, in fact, one photon “becomes” another photon.

So what is it all about?

Quantum teleportation is able to prove the concept of the possibility of creating a super-secure global communications network. As the key that opens the lock, the message transmitted over the quantum network will reach only that destination that has a correctly entangled photon that will allow this message to be received and read.

Albert Einstein once called quantum entanglement “an eerie long-range”, but this long-range action is the fundamental component by which everything works. And one day he can become the driver of our safe communication in the future.