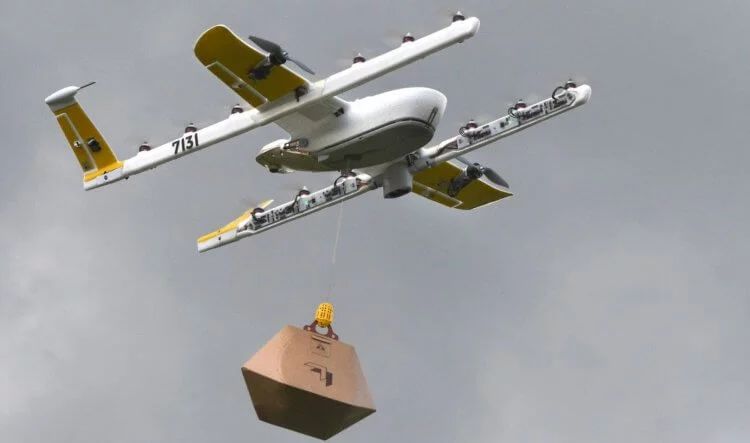 About a hundred homes in the five Canberra suburbs in Australia will be able to order food and medicine from local businesses and receive their parcels using unmanned drones. The Australian Civil Aviation Safety Authority authorized the project after an 18-month trial, during which 3,000 deliveries were made. The conditions are as follows: drones can only fly at a certain time, cannot fly over main roads, and keep a safe distance from people.

Gradually, the service will expand to new areas, said Alphabet Wing division. Recall Alphabet is the parent company of Google.

Alphabet is ready for delivery with drones
How will this work? Wing has partnered with 12 local businesses so that they can deliver their products to customers nearby in a matter of minutes. Initially, residents complained about the noise level during the pilot project, but since then, Wing has developed a quieter UAV model, reports Australian Broadcasting Corporation. It also says that this service will cost between $ 21 million and $ 29 million for the local economy.

Will Alphabet be the first company in the world to start using droning delivery? Probably not. Despite statements by Australian regulators that it is “very likely” that Alphabet is the first, UPS still started working in the US earlier. It seems that the supply market with unmanned drones is starting to grow, with fierce competition between Alphabet, Amazon and several other players.