Altai mummies scanned on the scanner 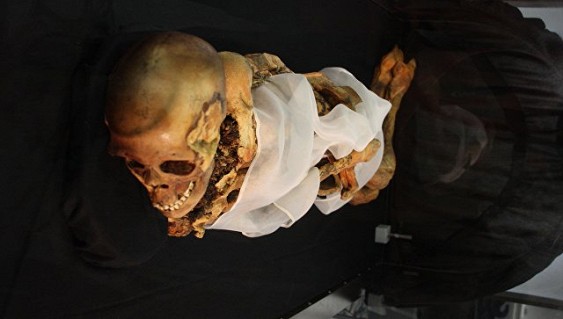 The Hermitage conducted a survey of two Altai mummies III century BC — they were first scanned on the scanner, according to the Museum.

In particular, he examined the mummy III century BC from the fifth Pazyryk Kurgan, excavated in 1949 in the Altai mountains.

“First the mummy — men-the leader, who, according to the estimates of anthropologists, at the time of death was 55-60 years old, the second mummy of a woman buried with him in the same grave. The woman’s age at the time of death was around 45-50 years old. Both mummies have been scanned on a scanner in different modes and images — several thousand images — will be transferred to experts for further analysis,” — said in the message of the Museum.

The exploration of these images may take a long time. According to the report, this scan was the first such experience for the Hermitage.

“The purpose of scanning was to try to identify disease and cause of death mummified people, to reconstruct their appearance according to the obtained images and to study in more detail the techniques of mummification. All this is intended to help shed light on the lifestyle of the people of the Pazyryk culture and other related cultures of the Scythian period”, — have informed in the Hermitage.