Amazing moon halo over the Atacama Desert in Chile 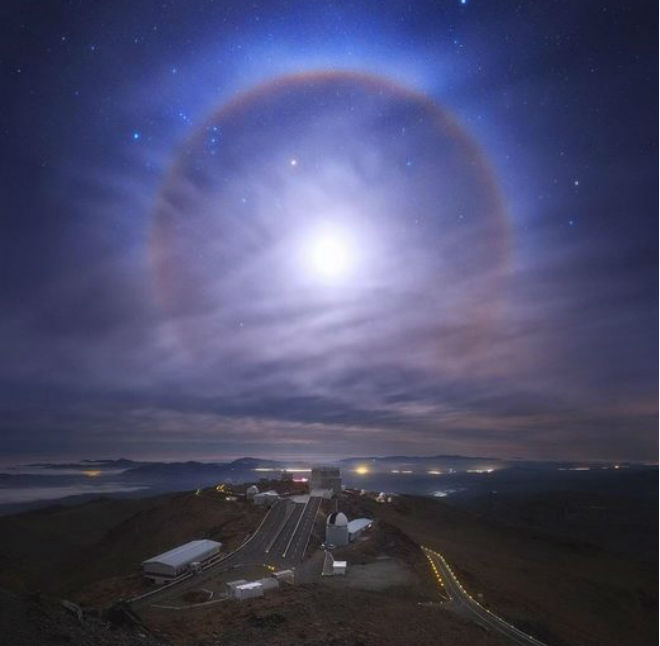 Observers of the La Silla Observatory located in the Chilean Atacama Desert studied stars and constellations last week when they saw something spectacular: a bright moon halo formed before the constellation of Orion and the brightest star in our sky, Sirius.

Like the solar, the lunar and solar halos belong to the family of ice haloes, which are optical phenomena formed as a result of refraction of the sun’s rays in hexagonal ice crystals suspended in the atmosphere, most often in cirrus clouds. They are also known as the 22-degree halos, because the ring of light forms 22 degrees from the Sun.

Cirrus clouds are made up of millions of tiny ice crystals. When light from the Sun or the Moon gets into these crystals in the right direction, the light is refracted and reflected. It is this interaction between light and hexagonal ice crystals that forms a ring around the moon. 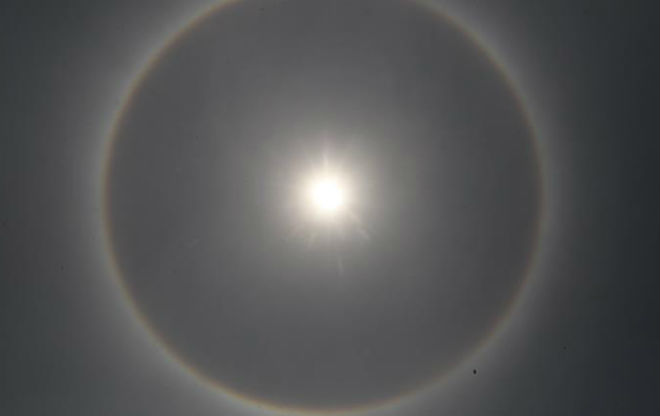 Although the solar and lunar halos are formed in the same way, there is one notable difference. Since the moonlight is not very bright, the moon halos are usually colorless, compared to their more iridescent solar “cousins”. However, with perfect optical tuning and ideal camera settings, we can sometimes see the color in the lunar halos – usually red inside and blue outside.

It was this lunar halo that was photographed by Yuri Beletsky.