Amazing symbiosis: how a plant became a toilet 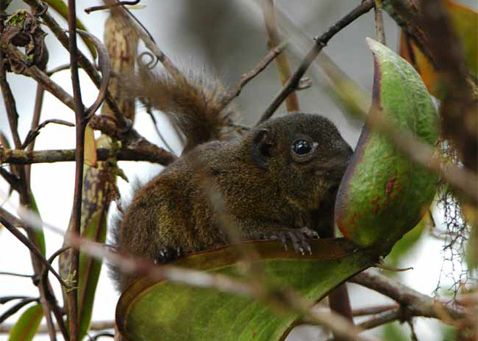 What amazing examples of symbiosis does not gives us the world! Insects feed on nectar , pollinating the flowers. For the nitrogen cycle in nature is extremely important is the interaction between legume plants and soil bacteria. But in addition to the examples known to us from the school of biology, nature offers such options that are capable of causing astonishment and laughter.

We are talking about the Union of flora and fauna of tropical forests. Live in a humid and mountainous forests of Southeast Asia, mountain tree shrews − small, like squirrels or rats, animals. The Philippine archipelago, known oasis strange flora and fauna, grows kind of the largest insectivorous plant, many species of which in other places are not found, a plant of the family of the nepentesov (Nepenthes). It is a bushy vine, the leaves of which are modified into pitchers-catchers, with their help the plant catch its live prey, moreover, they are equipped with a lid that slams shut when the victim goes inside.

The fact that the plant eats insects, biologists have known for a long time. But more recently, scientists have expanded their understanding of food selectivity of the nepentesov. They used inside the jars-traps “stomach” carnivorous plants − except dead insects found remnants of faeces of mammals and birds. The number of observations was convinced that in the process of evolution pitchers some nepentesov adapted to the consumption of non-traditional form of production: large nepentesov in addition to eating insects are not averse to the droppings of mountain tree shrew. The animals climb on the plant as on the toilet to eat sweet nectar, which has besides a strong laxative property. Thus, the plant has formed a symbiotic relationship with the animal: it feeds it and uses the products of his life as his diet. It’s a win-win situation for all stakeholders. 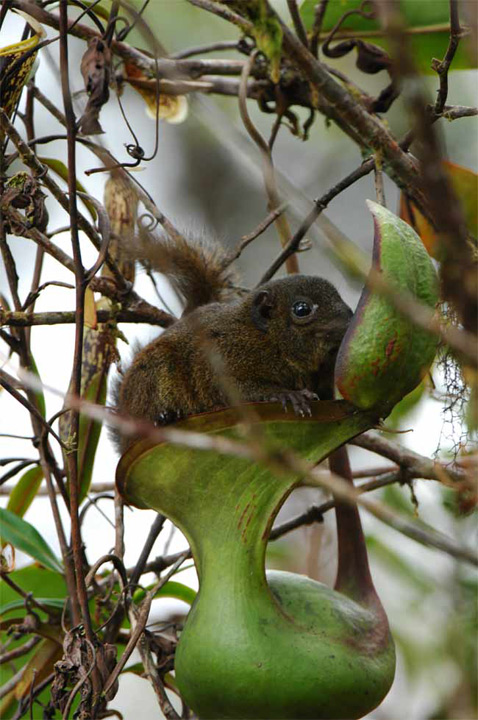 This explained even the size and shape of the flower: the distance from the hole Cup to glands that produce nectar, were exactly equal to the body length of mountain tree shrews, “biotoilet” growing is not arbitrary, and to the desired size. It is noticed that a relatively young immature plant, mostly insectivorous predator. However, achieving maturity and the right size, nepentesov moving to a less cumbersome form of power: his good “friend” of mountain tree shrew in exchange for a few drops of sweet nectar always ready to share their litter.