Amazing transformation of a caterpillar into a butterfly 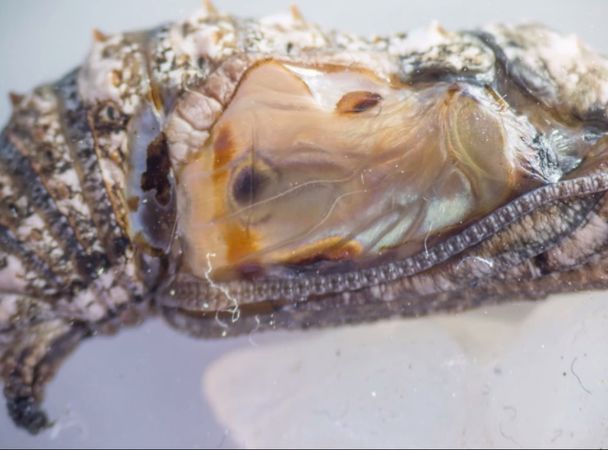 Turning a caterpillar into a butterfly usually runs noiselessly, inside a solid opaque shell that protects the chrysalis while it forms its magnificent wings. In 2015, on a summer course at Woods Hall, Massachusetts, several graduate students came up with a relatively simple way to study this metamorphosis in more detail.

Aaron Pomerants from the University of Berkeley now uses it to study the color formation in the butterfly wings. Receiving one image every 20 minutes, he combined about 1,000 of them to show in the time-lapse eight days of pupating a butterfly – and this transformation is simply mesmerizing!

What was the idea? Julian Kimura of Harvard University and Ryan Null of the University of California at Berkeley made a microcut from one side of the caterpillar and extracted a small droplet of cells that later formed the front wing of the butterfly. After this harmless operation, they left the caterpillar pupate. The removed cells created a window that allowed to observe the formation of the colorful wing in real time.

According to Pomerants, other researchers have tried to remove the envelope during pupation, but this method is a bit simpler. “Usually the pupae are covered with a thin cuticle. We just delete a few cells to get a window. ”

Butterflies, which develop as a result of these experiments, continue to live in greenhouses of Berkeley. As explained by Pomerants, the sense of research in documenting the formation of structural color. Some colors in the wings of birds and butterflies, for example, black or yellow, can be created by pigments. On the other hand, blue is what is called a structural color: it is formed by the interaction of light with tiny nanostructures in the wing.

Viewing the formation of the colored wing in real time shows how changing the thickness of the wing creates a bright blue structural color. “Lucky chance in the laboratory opened a new way for studying this process. For the first time, we were able to see how the structural color was born. “