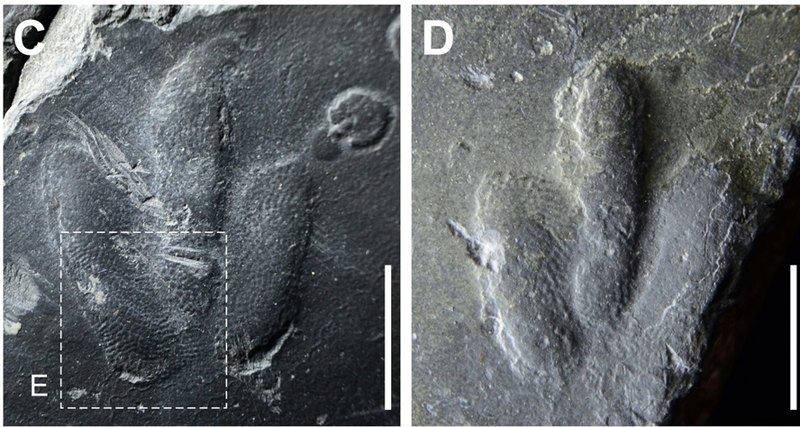 A group of researchers were lucky to find fragments of petrified clay, on which you can see the unprecedentedly distinct prints of the paws of dinosaurs that lived on Earth about 120,000,000 years ago.

Over the years of research, scientists have learned a lot about the anatomy of dinosaurs, but one feature constantly eluded their inquisitive gaze. Of all the traces of ancient reptiles that have survived to our days, only 1% shows the characteristic patterns left by the skin of the foot. This is a serious “blind spot” – especially considering that these patterns are unique and are analogous to fingerprints, which can be used to identify different individuals.

Finding one such perfectly preserved imprint is a real celebration for paleontologists. However, they were fabulously lucky – they found as many as five. 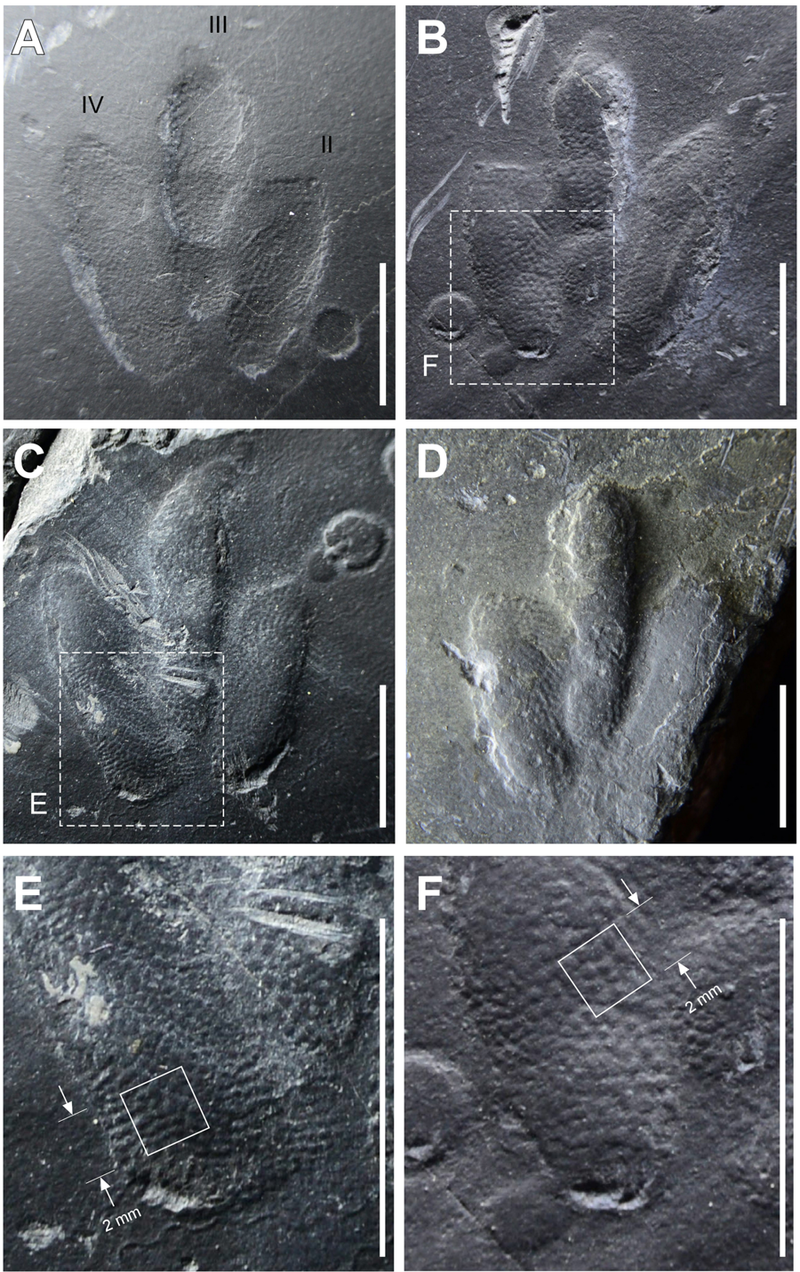 The age of the tracks found in the rock is approximately 120 million years. This discovery is unprecedented precisely because on the tracks you can clearly see the characteristic patterns on the skin, which makes them convenient for examining the cast of the limb. These marks are believed to belong to the smallest known theropod, Minisauripus. The length of the prints is only a few centimeters, and the texture of the skin resembles sandpaper of medium grain, with tiny scales woven together like threads of cloth.

The authors of the work say that these patterns are more similar to the paws of the ancestors of modern birds living in Asia – from the major therapists, scientists expected something different, like similarities to giants like brontosaurs. A team of researchers believes that such a good preservation of the tracks was provided by a number of factors. A fine, slightly drizzling rain spattered onto the ground, creating a thin layer of soft dirt that perfectly reproduced all the roughness of the ancient creature’s skin.