Amazon plans by 2021 to open 3 thousand stores without cashiers 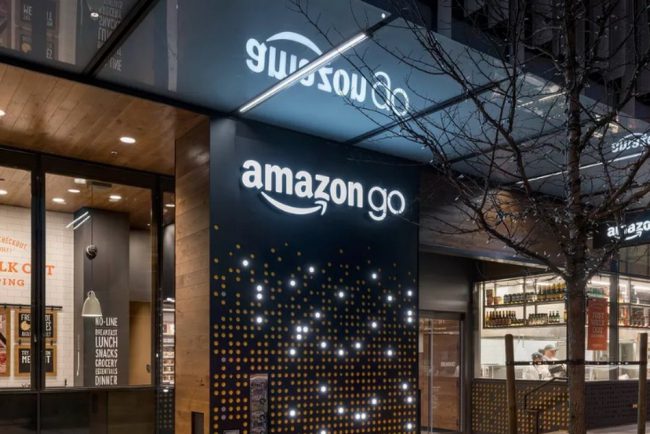 According to Bloomberg, Amazon plans to open up to 3000 automated supermarkets before 2021 without cash registers, sellers and queues. The first automated Go to the company opened in Seattle (Illinois) in late 2016. A month earlier in the same Seattle there was a second such supermarket. The third was opened last week in Chicago.

According to the media, who have read the vacancies, the company plans to open another store in Chicago, and then in San Francisco in 2018-2019. In general, by the end of the year Amazon is going to open 10 stores, another 50 in different cities next year, the rest, according to plan, will open across the country in the period 2020-2021.

To get to such a store, a person needs to install a free application on his mobile device, then bring the gadget to the reader at the input. After that, you can simply choose the product you like and add it to the basket. A system of smart sensors and scanners installed throughout the store will determine the product and its value, and add the goods to the “basket” of the account. Upon leaving the store, the total cost of the purchased goods will be automatically written off from the buyer’s account. Refuse to purchase the goods can be simply putting it back on the shelf. The whole process is similar to going to a regular supermarket, if you do not take into account the lack of cash desks, as well as the fact that a huge number of cameras will follow the buyer.

How to make purchases in such stores you can see on the video below:

As reported on the company’s website, these supermarkets use the same technologies as unmanned vehicles. It’s about computer vision and data processing from different scanners and sensors. Deep training is also put into practice.