American scientist is scanning all kinds of fish 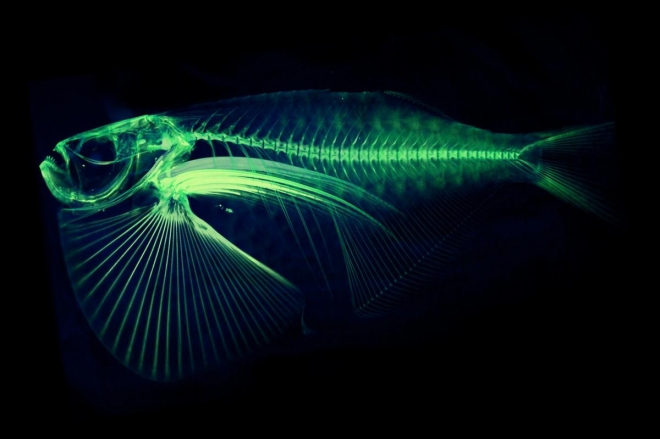 Strange fish Odyssey Adam summers began 15 or more years ago with the question: “Why sharks and rays are able to move like other fish, although their skeletons are composed of cartilage, not bone?”.

One day, to better understand how Ortakoy scat crushes shellfish for food, summers used a computer scanner to “digitize” the fish. The scanner gave summers a clear picture of the internal structure of sea creatures.
Since then scientist got the idea of digitizing all 25000-33000 species of fish on Earth. This spring and summers went to work! 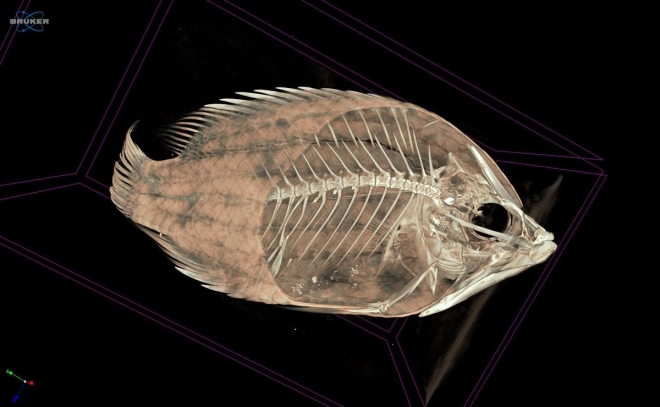 Currently a researcher at the University of Washington has handled 540 species of fish. Summers loads pictures on the net and gives free access to them.
Thanks to the new device, the scientist can scan multiple fish of different species or subspecies at the same time. He recently digitized 13 embiotocid at a time. Summers believes that will digitize all of the fish for a few years.

The scanned image will help to solve the fundamental riddles of biomechanics. Scans of skulls of different species karshakevich tell you why some live in shallow, others deep. Pictures embiotocid reveal secrets about their evolution.