American scientists have rejected the danger of Yellowstone eruption after earthquakes 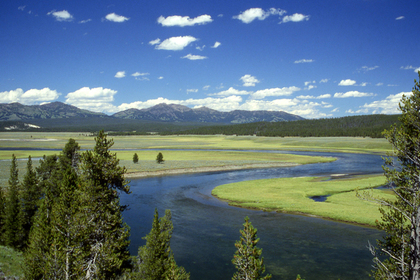 The US Geological Survey has dispelled concerns that have arisen among Americans that the powerful earthquakes in California that took place on July 4 and 5 may lead to the eruption of the Yellowstone Caldera. The disaster prompted a surge in search engine queries about the Yellowstone supervolcano.

According to experts, strong earthquakes are not uncommon for the western United States, since there are a large number of faults in the region.

Since 1900, more than 100 aftershocks of a magnitude greater than six have occurred in the continental United States, with nine of them having a magnitude of more than seven. Many of them occur in California, but tremors also occur in the states of Oregon, Washington, Nevada, Utah, Idaho, Montano and Wyoming.

At the same time, 70 thousand years have passed since the last eruption of Yellowstone – during this time, an estimated 10 thousand earthquakes occurred in the United States. It does not matter how close to the caldera is the epicenter of seismic activity. So, in 1959, on the border of Montana and Idaho, near the Yellowstone National Park, a magnitude 7.3 earthquake occurred.

The real danger is that there are volcanoes in California whose potential eruption may be dangerous to the population. However, among geologists there are no concerns that the earthquakes that occurred may provoke volcanic activity.