Among the bees found gynandromorph: he has two fathers, but no mother 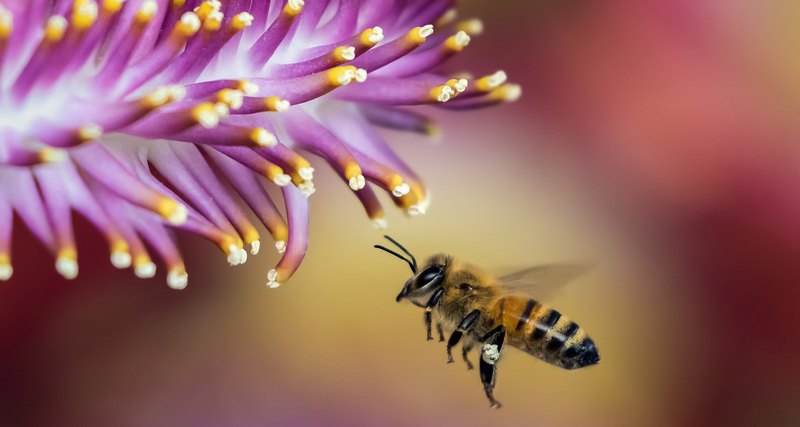 A team of researchers from the University of Sydney found among the bees ginandromorphs, who have two fathers and no mother. Such individuals in natural conditions found for the first time.

In an article published in the journal Biology Letters, scientists described the bee gynandromorphs, as well as what they found out by their example.

Honey bees are haplodiploid creatures. That is, they develop females from fertilized eggs, and males from unfertilized ones. Because of this, bees can produce gynandromorphs, creatures with the presence of both female and male tissues.

Previous studies have suggested that the appearance of gynandromorphs is the result of rare mutations. This may occur due to the fact that many males mate with the queen, and as a result, the egg is fertilized at the same time several spermatozoa. In order to understand more about the genetic processes involved, the researchers caught 11 gynandromorphs from a single colony and studied their genome.

The study found that five individuals had normal ovaries, and three had ovaries similar to those of the queen. One had normal male genitals, two – partial male organs. Genetic analysis showed that nine individuals had two or three fathers. And one had two fathers and no mother, which in nature is generally found for the first time. This development could occur through the merger of sperm, however, to say exactly how it happened, scientists can not yet

Researchers notice that ginandromorphs do not give any kind of evolutionary advantage, that is, their appearance is a mistake due to still unknown mutations, the carrier of which is most likely the hive uterus. Ginandromorphs have also been found among crustaceans, in some insects and birds. The reasons for their appearance there are also unknown.