Amulet of the leader of the Mayans reveal their secrets 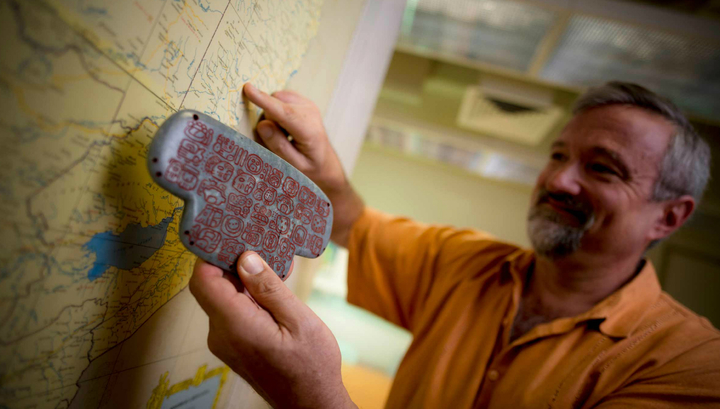 It would be an understatement to say that the archaeologist Jeffrey Braswell (Geoffrey Braswell), University of California, San Diego was surprised to find a huge jade amulet of the leader of the Mayans on the excavation of the historical monument It-Li-punit. According to him, he was shocked and pleased to find (with the talisman was, and other artifacts), which, as it turns out, has an amazing history.

Explain that the archaeological monument of the Maya civilization Nim-Li-punit (which means “big hat” and refers to the headdress depicted on one of the stelae) is located in the small state of Belize (Central America). As noted Braswell, most of the remaining valuable artifacts were found in places where previously was a large Mayan city. But the new finds – well remote from the centre of the ancient state – certainly not one of them.

The size of the talisman, which, incidentally, is made of solid stone, impressive 19 inches in length and 10.5 cm in width at a thickness of about 8 millimeters. It is the second largest known jade of the Maya (sacred to this civilization stone), say the archaeologists, paying attention to how difficult to create such a fine talisman of stone without modern tools and equipment.

It is also noteworthy that this is the only known mascot with an actual historical text of the time. On the back of the stone is carved 30 characters describing his first owner. “He literally talks to us. The story he tells, short, but important,” says Braswell about the amulet.

On the front side of the artifact is carved the peculiar letter T (which corresponds to the character “IR” – “wind and breath”). In conjunction with the T-shape of the stone that it belongs leaves no doubt that the leader wore the talisman to appease the Creator of the winds Hurakan. His name means “one-legged” (hence the connection with the character, like the letter T). The mercy of God, the beliefs of the Mayans, bringing monsoon rains. Those, in turn, contributed to the growth of crops, so the wind for the Maya civilization was of vital importance.

It is known that the Maya leaders “for better weather” performed rituals in accordance with their sacred calendar. They burned and scattered the incense to summon the wind, and with it the life-giving rains. It was during such a ritual was first used found the amulet, according to the inscriptions, it happened in the year 672 of our era.

Together with the amulet archaeologists have discovered 25 pottery vessels and several human teeth. All of this was found during excavations of the Palace built, according to experts, about 400 BC. The sites themselves date back to 800 BC. 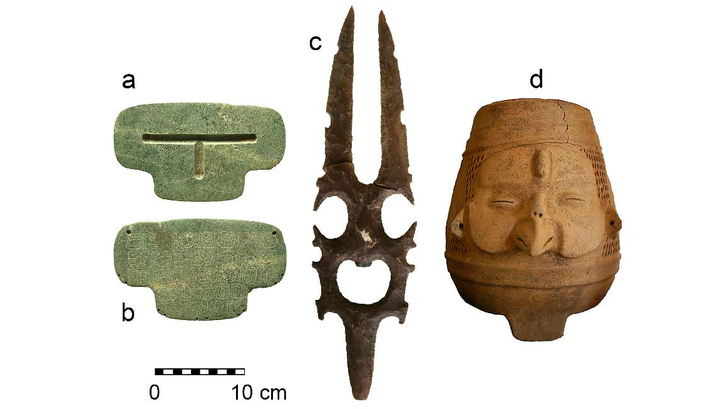 In the Palace the researchers found the tomb. In her all these years and the artifacts were stored. Next to the jade amulet (which had been kept in specially made T-shaped platform) was also pot in the form of a scaly face with a large beak. Presumably, that’s exactly what Maya imagined the God of wind.

It remains a mystery why the sacred amulet, which was considered magical and generating power was not buried together with its owner. One of the conjectures of Braswell: the tomb was a kind of homage to the God of wind, because at that time the state was already on the verge of a crisis due to a sharp drop in population. Climate change has caused drought, which led to the collapse of agriculture and the collapse of an ancient civilization. In such circumstances, the logical had any offerings to the God of wind is the only one who could rectify the situation, explain the researchers.

But the most intriguing feature of the findings remain, perhaps, those 30 characters, which still decode experts on pre-Columbian civilizations.
Pre-history stone looks like. The amulet was created for the leader of Janaab Oohs Kinich (Janaab’ inich K Ohl), whose mother was originally from a place called Cajal PECs (Cahal Pech) – today it is a remote area of Western Belize. The father of the chief died before the age of 20 years, and came from a region that is now Guatemala.

In addition, the text on the mascot describes the rite of enthronement (647 BC) and associates the leader with a powerful and great city of Caracol (Caracol). It is, in the opinion of Braswell, the echoes of political history, however, the text does not explain how the leader was connected with the place Him-Li-punit, where he found the amulet. Cajal PECs is almost a hundred kilometers, and the journey from there to Him-Li-punit through the mountains and rainforest, it would take several days. 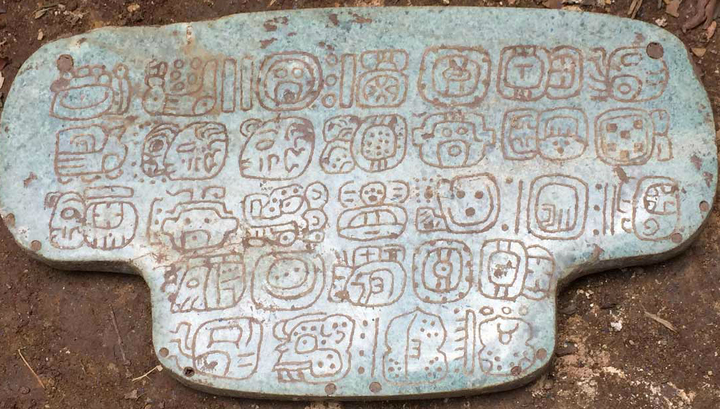 According to one version, the talisman was stolen and taken to the province, however, Braswell don’t think so. In his opinion, more plausible hypothesis, according to which the ruling race arrived in Him-Li-punit for the Foundation of a new dynasty in these places. It is curious that only after the jade amulet was in the region along with the leader, the steles and stone slabs began to appear images of the “Royal family” and the characters associated with it.

Perhaps Janaab Oohs Kinich decided to move to It-Li-punit, maybe his visit was to consolidate power in the province and to unite the people. In any case, the inscription on the jade points, which had previously remained unknown to scientists, concludes Braswell.

Let’s add, that the jade amulet and other artifacts were found by American archaeologists in 2015, and the examination of the finds took a lot of time. In the end, the authors presented a scientific article in the journal Ancient Mesoamerica. The finds are now stored in the Central Bank of Belize, along with other national treasures.