An ancient copper ax was found in Switzerland 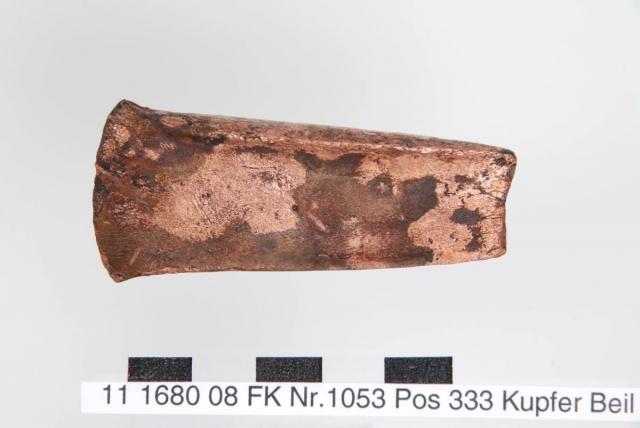 Archaeologists have discovered in Switzerland a copper ax like the one used by the “ice man” Otzi. Metal for the making of the gun was mined hundreds of kilometers south of the place where it was found – in central Italy.

The ax was discovered in the town of Zag-Ridmat, one of several villages with wooden houses on stilts in the north of the Alps.

According to experts, in addition to the fact that such an ax could be used for felling trees, the tool could also act as a deadly weapon. The ax had a wooden handle that was not preserved.

Scientists believe that the age of the find is 5,3 thousand – 5,1 thousand years. The ax weighed half the size of the Otzi ax and was shorter.