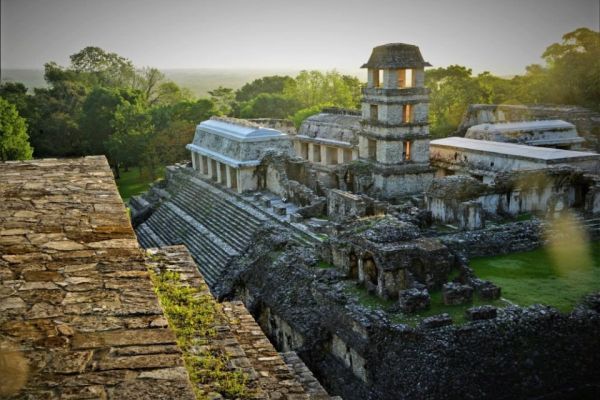 In Mexico, archaeologists involved in the multi-year Mayan Train research project have made an important new discovery in the sacred city of Palenque. For the first time, they managed to find a stone workshop and an ancient cemetery of this civilization.

A brief report on the discovery is published on the website of the National Institute of Anthropology and History of Mexico (INAH). These days, its specialists are conducting extensive research in the archaeological zone of Palenque, an ancient Mayan city located on the territory of the modern state of Chiapas.

Archaeologists are conducting rescue excavations there. As a result, they made some very significant discoveries. So, for the first time, a stone workshop and a cemetery of this ancient city were discovered. In addition, the burial of a woman who belonged to the elite was found.

The scientists explained that the Maya workshop first found dates back to between 600 and 850 AD. Judging by the artifacts found inside, it was in this workshop that the townspeople made tools and implements, which were then used for hunting, ritual ceremonies such as sacrifices, and also in everyday life.

Archaeologists call the discovery unprecedented. To date, about two thousand artifacts have been found in the workshop, many of which, according to scientists, are unique items. In addition, using the objects found, including numerous scales and flakes, the researchers managed to trace the entire production chain involved in the manufacture of various tools.

In addition, for the first time, archaeologists discovered a Mayan cemetery located in this important city for the entire ancient empire. It was located around a couple of buildings. To date, 46 graves have been excavated, in which the remains of about 70 people have been found. Particular attention was drawn to the burial of a woman who clearly belonged to the upper class.

It is established that she lived at the last stage of the existence of this city, which came to its collapse unexpectedly – it is believed that in the 9th century all the inhabitants suddenly left it. The woman died between 800 and 850 AD. Its main difference is a deformed skull and inlaid teeth with precious stones. These are the two main distinguishing features that spoke of a very high social status of a person.